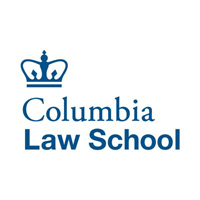 Columbia remains at the top of a list of go-to law school for the fifth year in a row.

Columbia’s BigLaw placement rate for 2017 graduates was eight percentage points higher than the University of Chicago Law School, which ranked second, Law.com reports. Its go-to list ranks law schools based on the percentage of recent grads who land associate jobs at the country’s 100 largest law firms by head count.

Some top law schools have high numbers of graduates who take clerkships with the federal judiciary, which puts them at a disadvantage in the list measuring BigLaw placement. In 2016, for example, Yale placed 34 percent of its law graduates in federal clerkships, followed by Stanford at nearly 25 percent, and Harvard at 19 percent.

Here are the top five law schools on the go-to list:

The 50 law schools on the go-to list together sent 29 percent of their recent grads to BigLaw associate positions, a slight increase over the previous year. Law.com attributes the increase partly to a “relatively strong law firm hiring market” when last year’s law grads went through the recruiting cycle in the fall of 2015.

Current law students may not be as lucky as 2017 grads in terms of hiring because of a softening BigLaw hiring market. New NALP statistics show large law firms reduced hiring for summer associates last fall, according to Law.com. In 2015, summer associate classes had a median size of 20, but the number has now dropped to a median of 16.