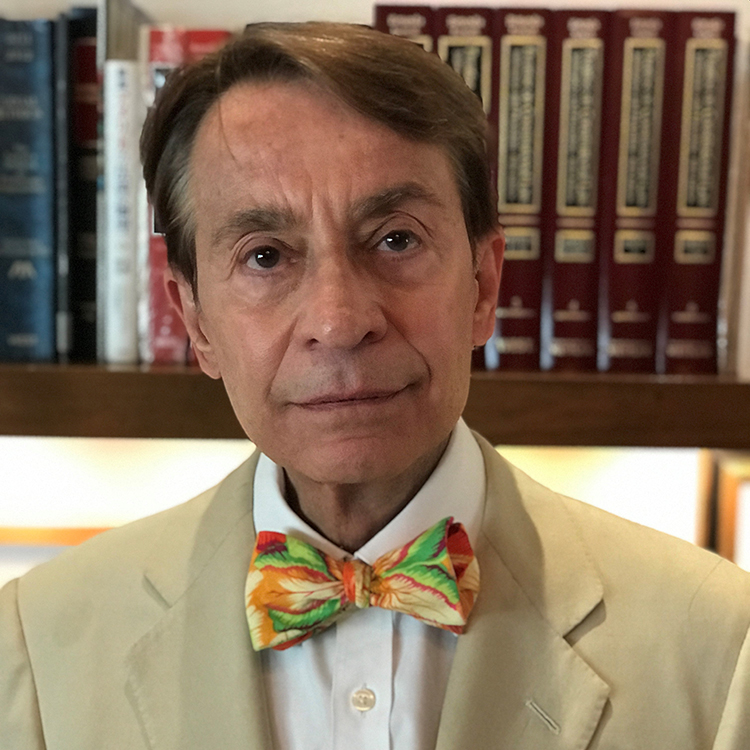 Ronald Rotunda, a legal ethics and constitutional law expert at Chapman University's law school, died last Wednesday from pneumonia at the age of 73.

“Generally conservative in his philosophy, Rotunda was a colorful and engaging character, wearing eye-catching bow ties and driving a vintage Rolls-Royce,” the article reports. He was “a prolific and well-respected scholar” with “an extraordinary legal career,” according to a tweet from Chapman University.

He also wrote a widely used textbook on legal ethics, according to the Heartland Institute, where he served as an adviser.

“Twelve years ago, I walked into law school absolutely clueless,” Blackman wrote on his blog. “I had never taken a class in constitutional law and could not tell you what the acronym SCOTUS meant. That cluelessness changed when I entered Professor Ronald Rotunda’s ConLaw I class. I was immediately hooked. Ron, as I would come to know him, was able to seamlessly blend probing questions, compelling lectures, and uproarious humor.”

Rotunda clerked for a federal appeals court after graduating from Harvard Law School. Next he served as assistant majority counsel for the Senate Watergate Committee. That’s where White House counsel John Dean first met Rotunda, Dean recalled in an article for Verdict.

When Rotunda landed a teaching post at the University of Illinois Law School, his Watergate experience led to an assignment creating and teaching a course of on legal ethics, according to Dean. The subject had been largely ignored before Watergate.

“Ron found himself at the creation, so to speak, of a new legal discipline,” Dean said.

Dean credits Rotunda with being a “behind-the-scenes influence” as the ABA considered changes to its model ethics rules. The ABA revisions, adopted in 1983, became the ABA Model Rules of Professional Conduct.

Rotunda later moved to George Mason School of Law before joining Chapman’s law school in 2008, according to a post by the Federalist Society.

A memo Rotunda wrote for independent counsel Kenneth Starr got some attention last year amid special counsel Robert Mueller’s investigation in Russian influence in the 2016 election.

Rotunda argued that a federal grand jury had the legal and constitutional authority to indict a sitting president for crimes that are contrary to his official duties.

There will be a funeral mass for Rotunda at 10 a.m. Monday, March 26, at St. Norbert Catholic Church in Orange, California. The Fowler School of Law will also hold a memorial service for Rotunda; information will be posted once details have been confirmed.

Updated at 4:51 p.m. with new photo and details about funeral services.