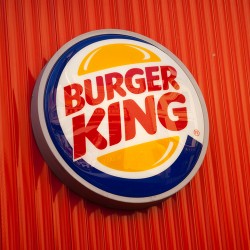 Corrected: Judge G. Todd Baugh of Billings, Montana, is back in the news, this time for his advice to a fast-food worker.

Baugh told the Burger King employee, 21-year-old Brandon Daniel Turell, that he should get “a real job” to pay restitution to victims in his vandalism spree, the Billings Gazette reports.

Baugh sentenced Turell on Monday to 10 years in custody of the state department of corrections, with five years suspended, and ordered him to pay about $13,600 in restitution, the story says. Turell and a co-defendant were accused of shooting out the windows of about 100 vehicles and at least one house in December 2012.

Turell pleaded guilty earlier this year to felony criminal mischief and misdemeanor counts of theft, theft by accountability and DUI.

At the sentencing hearing on Monday, Baugh asked Turell, who was out on bond, what he was doing to repay victims. Turell said he was working at Burger King. “Why can’t you get a real job?” Baugh asked.

Turell replied that he was making $9.50 an hour. Baugh said Turell should get “a real job” to help pay restitution.

Baugh was previously in the news when he said a 14-year-old rape victim was “older than her chronological age.” His one month sentence for the defendant, a teacher, was overturned as too short by the Montana Supreme Court.

Corrected on June 27 to say that Turell and a co-defendant were accused of shooting out windows.