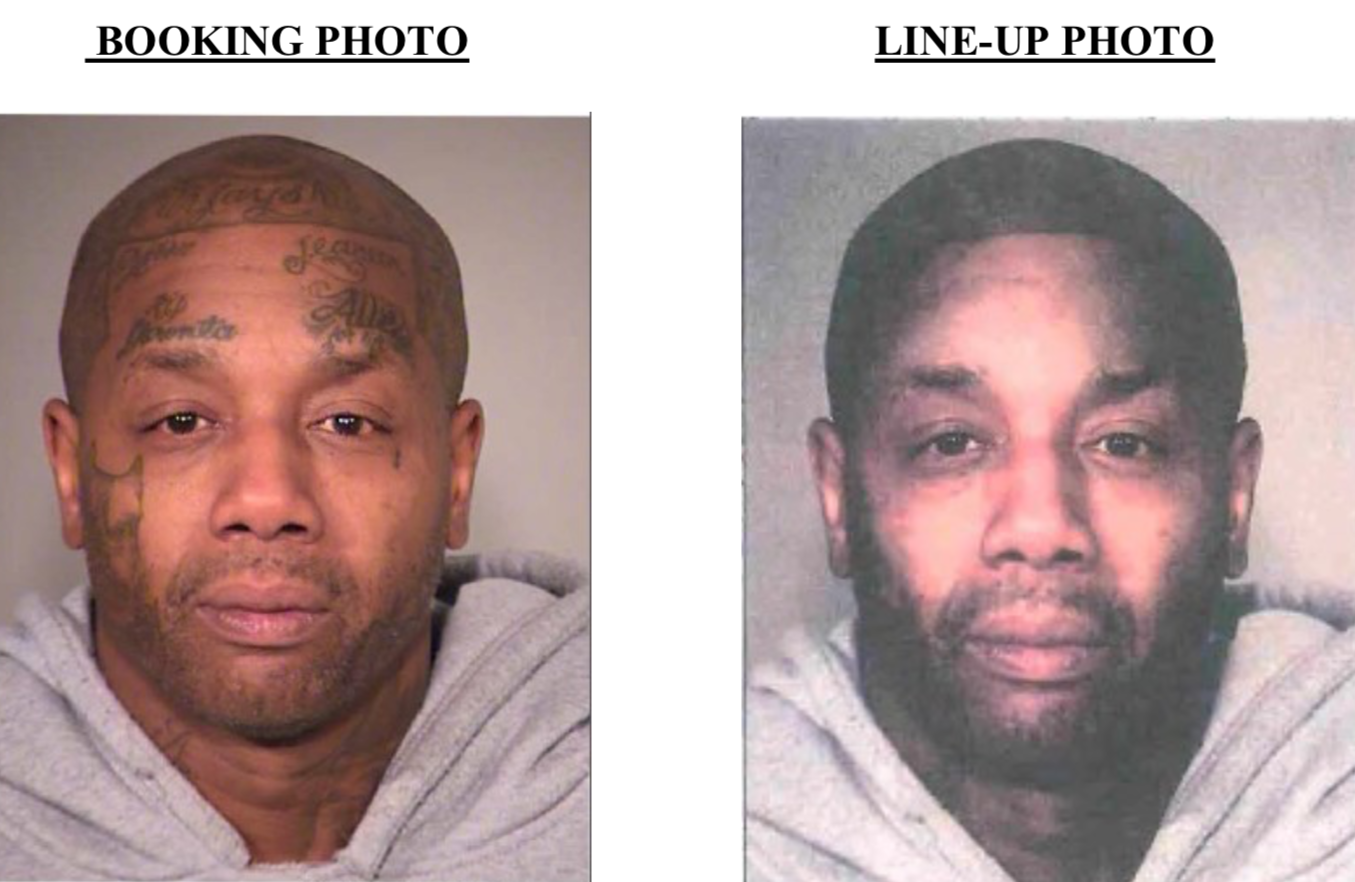 A lawyer for a defendant charged with bank robbery noticed something amiss when he received the six photos shown to four tellers to see whether they could identify the suspect.

The photo of the defendant, Tyrone Lamont Allen, did not have the distinctive tattoos that are visible on Allen’s face, according to a motion filed by Assistant Federal Public Defender Mark Ahlemeyer. Yet police had failed to disclose—to the lawyer or the tellers—that the pictures had been digitally altered before being presented in the photo lineup.

Now Ahlemeyer is asking U.S. District Judge Marco Hernandez to bar the witness identifications of Allen at his trial, report the Oregonian and the Washington Post.

Allen has been charged in robberies of four Portland, Oregon, banks and credit unions in April 2017. He became a suspect after police received a tip from an individual who saw a photo of the robbery suspect on the news and thought Allen was the robber.

None of the tellers had mentioned any tattoos on the suspect when interviewed by police. There were no tattoos visible on surveillance video of the suspect.

Two of the tellers picked Allen from the photos as the suspect, while a third picked another man in the photos.

A Portland police detective assigned to an FBI task force on bank robberies had ordered the digital change. The police criminalist who actually altered the photo testified in a hearing last week that he had also changed suspect photos in other lineups, according to Oregonian coverage.

Prosecutors argued that Allen could have put on makeup to cover the tattoos, and he shouldn’t “reap a windfall” because he took steps to conceal his identity. The Photoshop alteration was the “digital equivalent of makeup,” prosecutors said.

In a supplemental filing, prosecutors pointed to a California federal judge’s decision allowing identification evidence gained after hooded sweatshirts were digitally added to all six photos in an array shown to a victim police officer. The officer had asked for the change to be made after he was unable to identify a suspect from the six photos.

Ahlemeyer argued that evidence of the photo identifications should be suppressed because removing the tattoos was an “unnecessarily suggestive” law enforcement procedure “that created a substantial likelihood of misidentification.” Use of the photo evidence would violate the due process clause of the Fifth Amendment, he said.

“It is hard to fathom any photo array conduct that is more ‘suggestive’ than altering a source photograph for the sole purpose of making the investigation target look more like the perpetrator,” Ahlemeyer wrote.

Allowing such evidence could create a “slippery slope,” Ahlemeyer argued. “If a witness reports that a perpetrator did not have any front teeth, can the government simply black out a suspect’s teeth on the theory that it could be done with cosmetics?” he wrote. “Or if a suspect’s skin color is too dark or too light as compared to objective video evidence, can the government simply press a few strokes on a computer keyboard and adjust the color to match that objective evidence?”