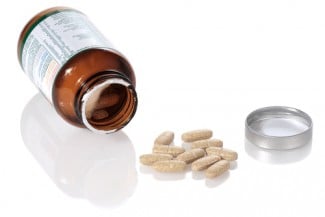 A Costco customer will be able to pursue his lawsuit alleging that his hopes of reconciliation with his ex-wife were dashed when a store pharmacist wrongly told her that his erectile dysfunction medication was ready for pickup.

Shepherd said Costco had wrongly filled the erectile disfunction prescription after he was given a sample by his doctor during a checkup. He said he twice told Costco to cancel the medication because he didn’t want it. When he called to ask whether his ex-wife could pick up his regular prescription medication, the employee said she could and it was ready. The employee did not mention the erectile dysfunction medication, which had not been canceled.

When Shepherd’s ex-wife went to Costco, the employee gave her both prescriptions, according to Shepherd’s lawsuit. She didn’t accept the erectile dysfunction medication, and she and the employee allegedly joked about it. When the ex-wife spoke with Shepherd, she told him that she knew about the erectile dysfunction medication and no longer wanted to be with him, ending any reconciliation effort, the suit says.

Shepherd said he would never have sent his ex-wife to pick up his medication if he had known that Costco didn’t cancel the medicine.

A trial judge had tossed Shepherd’s suit, ruling that Costco had immunity from damages under an Arizona law that applies when a medical disclosure is made in good faith. The judge also ruled that Shepherd’s claims were preempted by the Health Insurance Portability and Accountability Act, which is known as HIPAA.

The Arizona Supreme Court said the trial court was wrong on both counts.

Second, HIPAA does not bar state law tort claims, the state supreme court said. In addition, Shepherd can cite HIPAA to help establish the standard of care, the court said.

On remand, Shepherd will have to rebut by clear and convincing evidence the presumption that Costco acted in good faith, as required by the Arizona immunity statute.

The Arizona Supreme Court offered a definition of good faith to guide the trial court.

“A health care provider acts in good faith where it acts under an honest belief, without malice or a design to defraud, or to seek an unconscionable advantage,” the state supreme court said.

Carden alleges, based on information and belief, that Costco gives managers bonuses based on sales. He hopes to focus part of his case on pressure to fill unwanted prescriptions after discovery to learn whether the bonus allegation is true.

Updated March 15 at 2:15 p.m. to report that Carden plans to conduct discovery to learn whether his bonus allegation is true.