Could Trump pull NBC's broadcast license? The First Amendment isn't his only problem 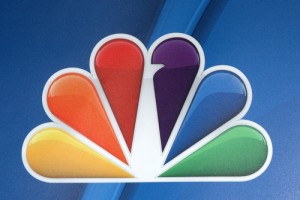 President Donald Trump on Wednesday tweeted his displeasure with an NBC News report that said he wanted a nearly tenfold increase in the country’s nuclear warhead stockpile.

In one tweet, Trump said the story was “made up” and “pure fiction.” In a second tweet he wrote, “With all of the Fake News coming out of NBC and the Networks, at what point is it appropriate to challenge their License? Bad for country!”

Can Trump pull the broadcast license for NBC? There are two problems: the First Amendment and the system of broadcast licensing, report the Washington Post, the New York Times and Bloomberg News.

Communications lawyer Peter Tannenwald pointed out the First Amendment problem in an interview with Bloomberg. Trump “can file a complaint like anybody else and say that NBC engaged in lying and misrepresentation to the public, and there ought to be a license revocation,” Tannenwald said. “The problem with that is we have a First Amendment, and I don’t think it’s illegal to lie.”

The second problem is that NBC News doesn’t actually have a broadcast license. The Federal Communications Commission licenses individual broadcast stations, but not TV networks. The licenses are held for up to eight years before renewal.

NBC is owned by Comcast Corp., which broadcasts NBC content on more than 200 TV stations, of which 10 are owned and operated by Comcast, Bloomberg reports. The other TV stations are independently owned.

To counteract the reporting of NBC News, Trump would have to succeed in pulling the licenses of all of NBC’s affiliates and its owned-and-operated stations. NBC also reports through its cable arm MSNBC, and news content of cable stations is not regulated by the FCC, the Washington Post says.

Trump isn’t the first president who expressed his ire at news reporting through the broadcast licensing system. Allies of President Nixon challenged the licenses of two Florida TV stations owned by the Washington Post, which was already investigating Watergate, the Washington Post reports in a separate story.

One challenge was to a Post-owned broadcast station in Jacksonville, which broke the story of a white supremacy speech by G. Harrold Carswell when he was a Supreme Court nominee.

With all of the Fake News coming out of NBC and the Networks, at what point is it appropriate to challenge their License? Bad for country!