Custody litigant requests ‘trial by combat,’ suggesting it be carried out with Japanese swords 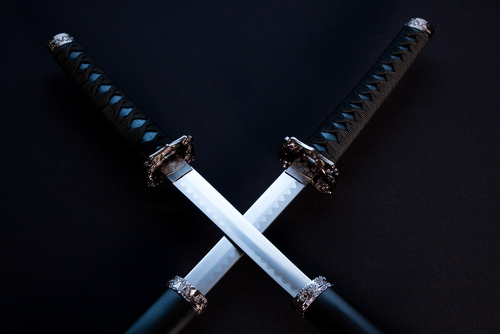 A custody litigant has filed a motion in an Iowa court seeking a “trial by combat” with his ex-wife and her lawyer.

David Ostrom, 40, of Paola, Kansas, wrote in court papers that trial by combat was never explicitly banned in the United States, and it was used “as recently as 1818 in British court.”

The Des Moines Register, the Cox Media Group, KCTV News, the New York Post and the Associated Press have coverage.

Ostrom suggests in his Jan. 3 motion that the battle be carried out with Japanese swords, although he would need time to secure the weapons. He also says his ex-wife can designate her attorney “to stand in her stead.”

The battle doesn’t have to end in death, Ostrom wrote. The fight could end when one of the parties “cries craven” and yields to the other.

Failure to accept the challenge amounts to crying craven, according to Ostrom.

Ostrom told KCTV News that he got the idea from a New York lawyer who also proposed a trial by combat. He said he’s not violent or crazy, but he is frustrated with a failure to address equal custody.

Judge Craig Dreismeier issued an order Monday that said he wouldn’t act on any motion unless procedural steps are taken to initiate a court proceeding.