Qualified immunity protects a former Georgia prosecutor accused of defaming a man in retaliation for his bid for wrongful-conviction compensation, a federal appeals court has ruled.

The 11th U.S. Circuit Court of Appeals at Atlanta tossed the suit by former prisoner Douglas Echols against Spencer Lawton, who was Chatham County’s district attorney for 28 years before his retirement in 2009. Courthouse News Service covered the decision.

According to Courthouse News Service, the court “begrudgingly” ruled for Lawton in an opinion by U.S. Circuit Judge William Pryor. “The Supreme Court has long ruled that qualified immunity protects a badly behaving official unless he had fair notice that his conduct would violate the Constitution,” Pryor wrote.

Pryor was reportedly on one of President Donald Trump’s Supreme Court short lists.

Echols was convicted in the kidnapping and rape of a woman who was attacked by three assailants. After serving seven years of his sentence, a DNA test revealed he was not the source of semen found on the victim’s body. A Georgia trial court vacated Echols’ conviction and prosecutors did not retry him. A judge dismissed the indictment.

When lawmakers considered a bill to compensate Echols with $1.6 million, Lawton had opposed it. According to allegations in Echols’ complaint, Lawton told lawmakers that Echols’ conviction was proper, and his innocence had not been established. Lawton also falsely said that Echols remained under indictment, Echols had alleged. 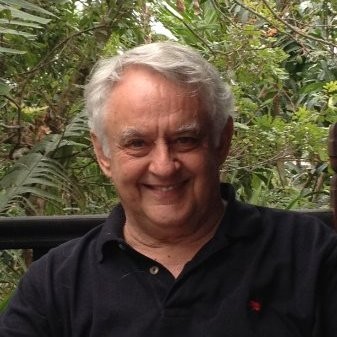 The 11th Circuit said Lawton’s lawsuit states a valid claim that Lawton retaliated against him for exercising his rights under the First Amendment. But Lawton is protected by qualified immunity, the court said, because Echols’ claimed First Amendment right was not clearly established when Lawton allegedly violated it.

In a concurrence, Senior U.S. Circuit Judge Ronald Gilman said he fully concurs in the holding that Echols’ complaint states a valid claim of retaliation under the First Amendment. He also “reluctantly” agreed that Lawton was protected by qualified immunity because then-existing precedent in the 11th Circuit “did not clearly establish that Lawton’s egregious conduct violated Echols’ constitutional rights.”

“My only comfort with this result,” Gilman wrote, “is knowing that if another official in this circuit henceforth engages in conduct similar to Lawton’s, he or she will not be entitled to hide behind the doctrine of qualified immunity.”

Gilman was sitting on the 11th Circuit panel by designation from the 6th Circuit at Cincinnati.