Defenders of international human rights get support from ABA House 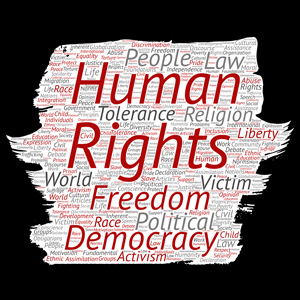 The ABA House of Delegates voted to affirm the association’s commitment to international human rights and the rule of law in two resolutions on Monday.

Resolution 106A “condemns the harassment arbitrary arrest and detention, arbitrary disbarment, denial of due process, other ill-treatment and killings of judges, lawyers, other members of the legal profession and their extended families throughout the world for serving in their designated capacities.”

In Resolution 106B, the ABA recognized groups outside the legal profession, touting the “important role that nonlawyer human rights defenders, journalists and others play in protecting justice and the rule of law” and saying that the association “deplores attacks on those professions, as well as on individuals, aimed at silencing or intimidating human rights voices.”

Michael E. Burke, who introduced 106A and 106B as a delegate from the Section of International Law, said passing the resolutions would allow the ABA to respond rapidly when legal professionals or human rights defenders were under threat internationally. He pointed to attacks in Pakistan and Colombia as examples.

“We know that those threats are ongoing,” Burke told the House. With the passage of the resolutions, these positions become official ABA policies, and individual ABA entities would be empowered to speak out on these issues by themselves or in conjunction with other human rights organizations, he said.

No one rose to speak against either resolution, and both were passed overwhelmingly.