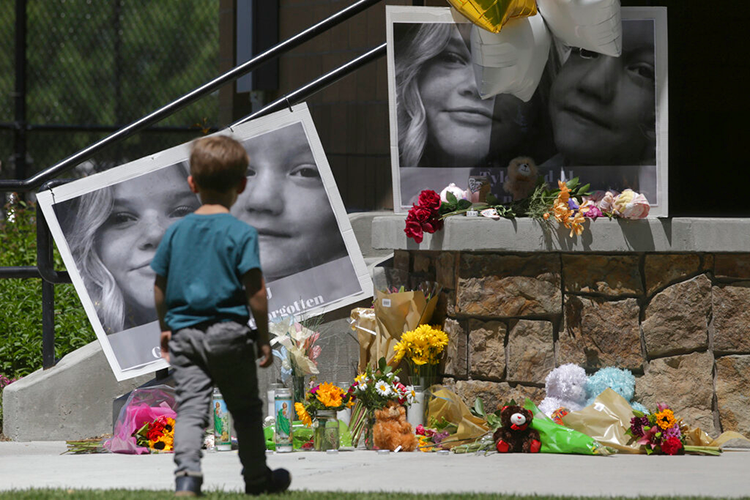 A memorial to Tylee Ryan, 16, and JJ Vallow, 8, erected after their bodies were discovered in June 2020. Their mother and step-father face murder charges in their deaths. Photo by John Roark/The Idaho Post-Register via the Associated Press.

A recent motion filed by the court-appointed lawyer for Lori Daybell—who is charged in Idaho with first-degree murder in the deaths of her children and has been found not fit to stand trial—claims she had a phone conversation with one of the Church of Jesus Christ of Latter-day Saints' outside counsel, who advised they could help, but instead shared what she said with the prosecuting attorney.

The motion claims an Idaho Department of Health and Welfare clinician treating Daybell provided her with a phone number for the church’s headquarters, and strongly encouraged her to call. The filing seeks an order to disqualify the state agency from treating Daybell; require state disclosure of any Brady violations; and asks for criminal depositions of all parties involved.

Lori and Chad Daybell met around 2018, and appeared together on the podcast Time to Warrior Up, according to a timeline by the East Idaho News. The show was from Preparing a People, which the newspaper describes as an informal, secretive group of people who were members of the Church of Jesus Christ of Latter-day Saints and had extreme views, including that a foreign invasion of the United States was coming soon.

Lori Daybell reportedly told people she saw herself as a god, who was getting ready for the second coming of Christ, according to the East Idaho News.

The couple were married to other people when they met, and are also charged with first-degree murder for the 2019 death of Chad’s then-wife, Tammy Daybell. The bodies of Lori Daybell’s children, Tylee Ryan, 16, and JJ Vallow, 8, were found in June 2020 on Chad Daybell’s Rexburg, Idaho, property. Chad Daybell is also charged with first-degree murder in the children’s deaths. 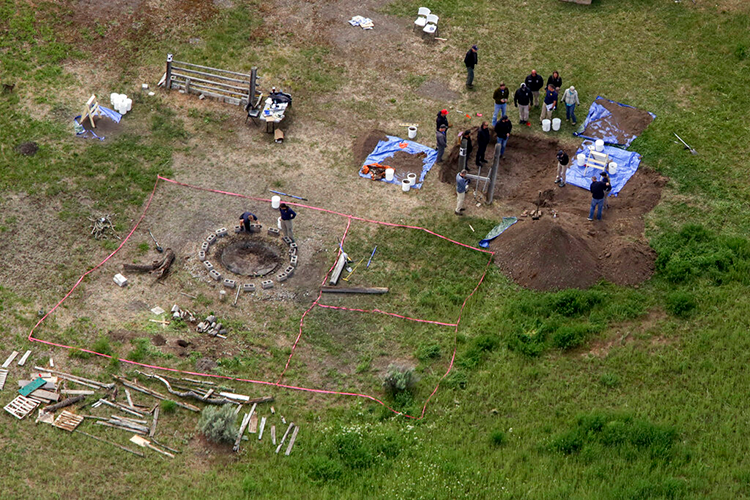 According to the 2021 indictment, the state believes Lori Daybell’s brother, Alex Cox, may have been involved in the deaths. Cox, who died in 2019 following a pulmonary blood clot, killed Lori Daybell’s then-husband, Charles Vallow, the same year, the Associated Press reported. The family was living in Arizona, and Cox told police he shot Vallow in self defense, according to the article.

Lori Daybell was committed to an Idaho state mental health facility in June. According to the Oct. 27 filing by her court-appointed attorney Mark Means, earlier that month she and an Idaho Department of Health and Welfare clinician watched a transfer-of-trial motion hearing for Chad Daybell. The clinician suggested her patient contact the church for help getting a lawyer to replace Means. 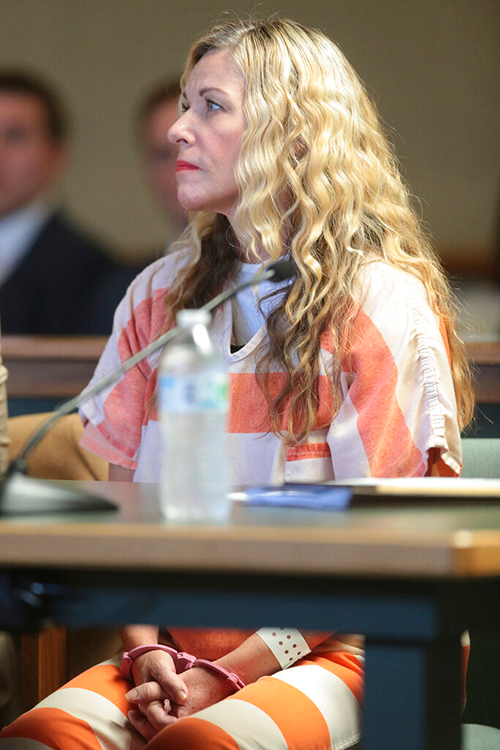 Lori Daybell in an Idaho court in 2020. Photo by John Roark/The Idaho Post-Register via the Associated Press.

The clinician allegedly provided Lori Daybell with the church headquarter’s phone number, and said it was part of her treatment “homework” to make the call. The clinician also checked in to see if the call was made, according to the motion.

Lori Daybell called the Church of Jesus Christ of Latter-day Saints’ headquarters, the filing states, and a receptionist transferred her to a lawyer the motion identifies as Daniel S. McConkie, a partner with Utah’s Kirton McConkie. He allegedly told Daybell the “church” was her friend and there to assist her in both spiritual and non-spiritual matters, according to the motion.

McConkie, who is not licensed to practice in Idaho, “bragged” about having more than 30 years of experience as a prosecutor and knowing “every detail of her case,” the filing states.

“This led defendant to make disclosures she would not have without these assurances,” Means wrote. The filing also claims McConkie shared what Daybell told him with Robert Wood, who is prosecuting her case. Wood, who did not respond to an ABA Journal interview request, “minimally” shared the conversation with Jim Archibald, another Daybell lawyer, according to the filing.

Daniel McConkie did not respond to an ABA Journal interview request. According to an Oct. 28 statement from Kirkton McConkie, the firm received an unsolicited call from Daybell on Oct. 6, seeking assistance. The law firm said it could not help her, and directed her to call the State Bar of Idaho if she needed assistance, the statement reads.

Law firm had longstanding connection to the church

The Church of Jesus Christ of Latter-day Saints is one of Kirkton McConkie’s many clients, said Ken Olsen, the firm’s director of administration and associate general counsel, told the ABA Journal in an email. It was co-founded by Oscar W. McConkie Jr., a leader in the church who died in 2020, the Deseret News reported. His brother, Bruce, was a member of the church’s Quorum of the Twelve Apostles.

In December, Means filed a motion to disqualify Wood, on the basis he spoke with Summer Shiflet, Daybell’s sister, in a way that could cause a potential witness to be biased against the defendants. Means claims Wood told Shiflet, also a member of the church, that he was a bishop in his ward, was disparaging of Chad Daybell and spoke of Lori Daybell’s belief that everything she did was done in “righteousness,” according to an interview transcript from October 2020.

“He was using Mormon terminology and LDS speak,” says Means. The court denied that motion, the Post Register reported.

Niki Forbing-Orr, the Idaho Department of Health & Welfare’s public information manager, told the Journal in an email that the agency will follow standard procedures when there are allegations of misconduct. She also wrote that such investigations are employee matters and confidential.

According to Means, he knows “without question” that at least one of the state agency’s employees, who has control over his client, “coerced/manipulated” her into contacting the church.

“What was exactly said by my client is yet to be determined. If the district court restricts inquiry into this matter or handcuffs my efforts it will be a recurring issue subject to a higher court review. Based on my motion alone and in my humble opinion, the Utah and Idaho State bar should be investigating this matter if they wish to maintain any credibility for authority over the enforcement of the professional ethical rules of conduct,” he wrote in an email to the Journal.