Democrats pepper Kavanaugh with written questions, including if he had a gambling problem 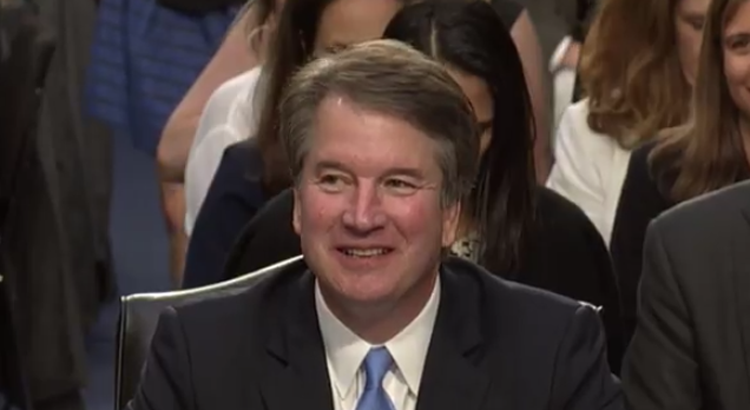 The most unusual written question may have been by Whitehouse: “Have you ever sought treatment for a gambling addiction?” The Huffington Post, CNN and the Washington Post have coverage.

But the questions touched on many more topics, including Kavanaugh’s approach to executive branch power, the ability to hold presidents accountable for crimes, and constitutional protections.

Coons also asked whether Kavanaugh took any steps to be added to President Donald Trump’s list of potential Supreme Court nominees; whether Trump tells the truth; and whether Kavanaugh had any involvement with document production for the Senate Judiciary Committee. Many Democrats had complained about withheld and “committee confidential” documents. 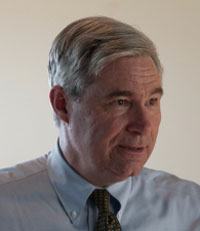 Whitehouse zeroed in on Kavanaugh’s finances with questions about the reasons for the nominee’s runup in debt in 2015 and 2016 and whether he had any gambling losses.

White House spokesman Raj Shah had told the Washington Post that the debt—now paid off—was used to buy Washington Nationals season tickets and tickets for playoff games for Kavanaugh and a few friends. Some of the debt was also used for home improvements. Kavanaugh’s friends reimbursed him for their tickets, Shah had said.

Whitehouse wanted specifics: Which friends received the tickets? When did they repay Kavanaugh for the purchase and how much did they repay? Did any other individual or entity pay part of the debt? Whitehouse also asked whether Kavanaugh purchased baseball tickets for friends to pay them back for personal debt, and if so, what was the source of the debt?

Whitehouse also referenced a document provided to the Senate Judiciary Committee from Kavanaugh’s time in the White House counsel’s office and that references a “game of dice.” The email, sent after a reunion with friends in September 2001, read: “Apologies to all for missing Friday (good excuse), and growing aggressive after blowing still another game of dice (don’t recall). Reminders to everyone to be very, very vigilant w/r/t confidentiality on all issues and all fronts, including with spouses.” (Kavanaugh was not married at the time.)

Whitehouse also wanted to know the source of the down payment for Kavanaugh’s home and whether he received financial assistance to pay fees at a country club.

The Washington Post wonders whether Whitehouse’s financial questions will turn out to be a “nothingburger” akin to inquiries by Sen. Kamala Harris, D-Calif., about whether Kavanaugh ever spoke to anyone within the Kasowitz Benson Torres law firm about the Mueller investigation. A name partner at the firm is a lawyer for Trump. Kavanaugh’s answer was no.

“Is this a Hail Mary,” asks Washington Post opinion columnist Jennifer Rubin, “or does Whitehouse have something?”

The Post is also interested in Whitehouse’s questions about Kavanaugh’s views on executive power. During the confirmation hearing, Kavanaugh had referred to United States v. Nixon as one of the four greatest moments in Supreme Court history. Kavanaugh said the holding upheld a criminal trial subpoena to a president in the context of special counsel regulations then in effect.

During the hearing, Whitehouse wanted to know whether the facts of the case would apply to a grand jury subpoena, which would be the type issued in the Mueller investigation. Did Kavanaugh’s repeated reference to the trial court subpoena provide an “escape hatch” that would allow him to rule that grand jury subpoenas are different? Whitehouse had asked.

Whitehouse pursued that line of questioning in his written questions: Was the fact that the case involved a trial subpoena dispositive to the court’s holding? Would the case apply to subpoenas issued by a grand jury, Congress, federal agencies, state courts and state officials?

The Washington Post suggests many of the questions will remain unanswered, with the justification being that Kavanaugh can’t talk about issues that might come before the court.