Despite kinks in program, nonlawyers successfully providing some legal services in Washington state 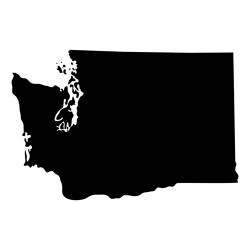 Limited license legal technicians in the state of Washington are succeeding at helping clients who can’t afford a lawyer while staying within their limits as practitioners, a new study has found.

Conducted by the American Bar Foundation and the National Center for State Courts with support from the Public Welfare Foundation, the study (PDF) evaluates Washington’s LLLT program. The program permits nonlawyers who earn an LLLT credential to help clients with lower-level legal tasks without the supervision of a lawyer, as the ABA Journal reported in January of 2015.

Currently, Washington is the only state offering this kind of license, although Utah is working on a similar program for professionals called Paralegal Practitioners. Washington’s first LLLT class took the licensing exam two years ago. All of those LLLTs are licensed in family law; the state of Washington plans to expand training to other practice areas. LLLTs help fill out forms and explain legal procedures to clients. They may not represent their clients in court or in negotiations with opposing parties.

The study found that the first practicing LLLTs are adequately trained for the work they’re doing. All LLLTs take paralegal courses and 15 credits of practice area education; work 3,000 hours under a lawyer’s supervision; and sit for exams. That’s appropriate and adequate for the job, the study found. It’s also effective at providing inexpensive legal help to people of modest means, the study found—which is one of the chief reasons for the LLLT program’s existence. Only a few LLLTs were practicing as solos at the time, the study found; others combined LLLT work with paralegal work or were full-time at a law firm.

The LLLTs the authors spoke to didn’t exceed their limited legal powers, although some clients were interested in expanding those powers. Because the limits on LLLTs’ powers didn’t necessarily fall between typical family law tasks, the clients were disappointed to find that they needed to represent themselves in certain contexts, or hire a lawyer for some tasks. (For this reason, the study said, LLLTs aren’t in direct economic competition with lawyers.) However, clients did report less stress, confusion or fear and reported having confidence that the LLLTs were legitimate practitioners.

The bad news is that the program was too small at the study time to recoup its costs. The University of Washington School of Law, which was the sole school offering the 15-credit LLLT practice area course, said it needed more students than the 17 to 23 it had seen each of the first three years to break even on the program and hire a full-time administrator for it. Similarly, the regulatory costs of the LLLT program far exceeded the fees collected, requiring a large subsidy from the Washington State Bar Association. It’s an open question, the study says, whether there will be enough LLLT trainees to make either program sustainable.

The authors of the study caution that because of the small number of LLLTs available (they spoke to 13 of the 15 licensed at the time), their results should be considered preliminary. Nevertheless, they made several recommendations, including allowing non-ABA-approved paralegal programs to provide the paralegal training; shifting the practice-area training to community colleges; expanding LLLT training to new practice areas sooner; and training LLLTs on the practicalities of running a business.

The program, the study concluded, “should be replicated in other states to improve access to justice.”