Did FBI's Clinton disclosure and its search of Anthony Weiner's computer violate the law? 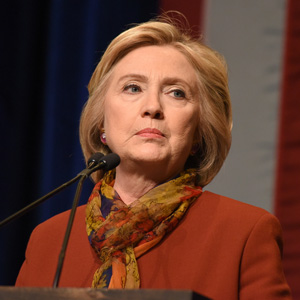 Photo of Hillary Clinton by a katz / Shutterstock.com.

FBI director James Comey’s disclosure on Friday that the bureau will investigate a Clinton aide’s emails has politicians and experts considering whether any laws were broken or whether any rights were violated.

Senate Minority Leader Harry Reid, D-Nevada, said in a letter on Sunday that Comey’s disclosure 11 days before the election may have violated the Hatch Act, which restricts political activities of government workers, the Washington Post reports. And the Volokh Conspiracy’s Orin Kerr, a law professor at George Washington University, says it’s possible the new investigation will be found to violate the Fourth Amendment.

Comey disclosed on Friday that the bureau was investigating new emails that may be relevant to its probe of Hillary Clinton’s use of a private email server. The emails were discovered on the computer of Anthony Weiner, who was under investigation for allegedly sexting a 15-year-old girl. His wife. Huma Abedin, is a top aide to Clinton.

The FBI has obtained a search warrant, unnamed law enforcement officials told the New York Times on Sunday. Weiner’s laptop was seized on Oct. 3, and FBI agents soon learned that Abedin’s emails were on the computer. At that point, agents were told to search the metadata to see if any emails were relevant to the Clinton investigation, according to the Times. Authorities decided to seek a search warrant late last week.

University of Minnesota law professor Richard Painter, a former White House ethics lawyer, sees some merit in Reid’s argument. In a New York Times op-ed, he said he filed a complaint on Saturday with the Office of Special Counsel, which investigates Hatch Act violations, and with the Office of Government Ethics.

“The FBI’s job is to investigate, not to influence the outcome of an election,” he wrote.

Painter says a government official doesn’t have to have a specific intent to influence an election to violate the Hatch Act. “The rules are violated if it is obvious that the official’s actions could influence the election, there is no other good reason for taking those actions, and the official is acting under pressure from persons who obviously do want to influence the election,” he wrote.

Painter says he is supporting Clinton in the election, though he previously supported Jeb Bush, Marco Rubio and John Kasich.

Kerr of the Volokh Conspiracy, meanwhile, considers case law on the Fourth Amendment and the facts that were known as of Oct. 30, when the blog post was written.

The first issue, he says, is whether the FBI was permitted to search through Abedin’s email account for records of Weiner’s improper messages to underage girls. He notes a Colorado Supreme Court case—which he has criticized—that dealt with officers who had a warrant to search for texts between a suspect and an undercover officer posing as an underage girl. The court found a search of a different folder that contained texts to a real underage girl violated the Fourth Amendment.

There might be similar problems in Clinton’s case because Weiner’s alleged texting crimes occurred in 2016. Hillary Clinton was secretary of state from 2009 to 2013. “If I’m right that there was a several-year gap between the warrant crime and the second investigation, it’s not clear the government could search through older emails for evidence of such a recent crime,” Kerr writes.

A second issue is whether the FBI could seize the Abedin emails because they were outside the scope of the warrant, Kerr says. The “plain view” exception allows a law enforcement official who is searching a computer to obtain a second warrant to search for items in plain view that are evidence of a second crime. That standard may not be satisfied in the Clinton case, Kerr says.

“The plain view exception does not allow evidence to be seized outside a warrant unless it is ‘immediately apparent’ upon viewing it that it is evidence of another crime. Just looking quickly at the new evidence, there needs to be probable cause that it is evidence of a second crime to justify its seizure, which would presumably be necessary to apply for the second warrant,” Kerr writes.

“The Fourth Amendment plain view standard doesn’t allow a seizure of emails based on a mere we-hope-to-later-determine standard. The government can’t seize the emails just because the Clinton investigation is extra important and any possible evidence is worth considering.”

Kerr adds that the scope of the plain view doctrine with regards to computer searches “is very much in flux.”

He also said he wanted “to flag the question of whose rights are at issue.” If the FBI violated the Fourth Amendment, the only Clinton person who could move to suppress any evidence of crimes would be Abedin.

Wall Street Journal Law Blog: “Huma and the FBI: Could She Have Put Up a Fight?” (sub. req.)