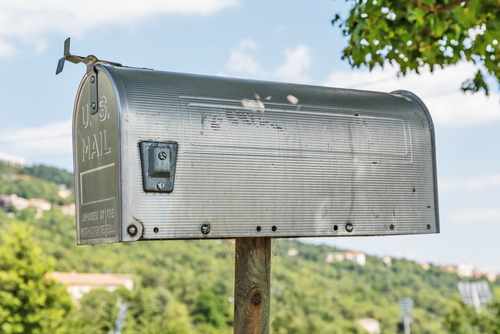 Adjacent landowners owe no duty of care to a driver whose pickup truck hit a patch of black ice, veered off the road and hit their fortified mailbox in the right of way, the Ohio Supreme Court has ruled in a 5-2 decision.

The state supreme court found no liability in the lawsuit by driver Cletus Snay, who was a quadriplegic as a result of the December 2016 accident, Court New Ohio reports. The Nov. 24 opinion is here.

The driver had argued that a landowner owes a duty of care to drivers who strike a hazard in the right of way if the landowner consciously created the hazard with knowledge of the possible danger to motorists who leave the road.

Landowner Matthew Burr had obtained guidelines for mailbox installation from his local post office but did not follow the recommendation for a 2-inch-diameter mailbox support made of standard steel or aluminum pipe. The recommendation said the pipe should be buried no more than 24 inches deep.

Burr used an 8-inch-diameter metal pipe and buried it 36 inches deep in a hole filled with old powdered concrete mix and stones. He had hoped that the construction would deter vandals but was “fairly confident” that it would not hold if struck.

He did testify, however, that he thought that, if it rained and the concrete mix was still good, it “might set up” and hold the support in place “a little stiffer.”

The pipe did not budge during the accident on Young Road between Norwalk, Ohio, and Bellevue, Ohio, although a second mailbox was destroyed.

Snay and Kelly Snay sued landowners Burr and Diane Burr for Snay’s injuries and Kelly Snay’s loss of consortium. A trial judge granted the Burrs’ motion for summary judgment, finding that Ohio law does not impose a duty of care on landowners to motorists who lose control of their vehicles and strike an object in the right of way.

An appeals court agreed and also found that the Burrs’ conduct was not a proximate cause of the Snays’ injuries.

The truck driver had cited the second Restatement of the Law regarding torts. It states that possessors of land are liable when they create or permit an artificial condition near a highway, and they realize or should realize that it creates an unreasonable risk to those who travel on the highway with reasonable care and “foreseeably deviate from it in the ordinary course of travel.”

The Ohio Supreme Court said it has not adopted the Restatement of the Law section and would not do so in this case, partly because it wouldn’t impose a duty on the Burrs. That is because the mailbox did not affect ordinary travel on the regularly traveled portion of the road, the state supreme court said.

“To the contrary,” the Ohio Supreme Court said, ”Snay testified that he had traveled on Young Road without incident and without leaving the regularly traveled portion of the road on his route to and from work for five years. A vehicle traveling ordinarily and with due care on the road would not come in contact with the Burrs’ mailbox. … “The motorist is responsible for keeping his vehicle under control and on the appropriate side of the road, regardless of weather conditions.”

“It is quite clear that Burr did not build an ordinary mailbox: He consciously constructed a mini fortress,” the dissent said. “The intentional construction of an immovable object in the right of way raises an issue of foreseeability. For this reason alone, summary judgment was improper.”