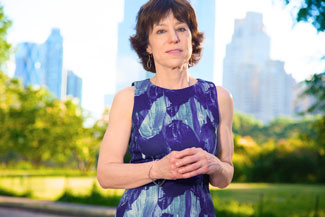 Grossman, who co-authored an influential paper about technology assisted review, recently left her position as of counsel at Wachtell, Lipton, Rosen & Katz to start her own e-discovery consulting firm as well as take a position as a research professor at the University of Waterloo’s computer science school in Ontario, Canada.

American Lawyer reported Thursday that Grossman has launched a website with the Library of Virginia that utilizes continuous active learning to allow users to more efficiently search through Democratic vice presidential nominee Tim Kaine’s email archive from the time he was governor of the state. As with the aforementioned paper, Grossman collaborated with University of Waterloo computer science professor (and fiance) Gordon Cormack on the website.

“Just as the proliferation of electronic information presents challenges in civil litigation, it raises similar issues for the classification of government records, where there may be even fewer resources available for the task,” Grossman said in an email. “Advanced search technology—like our CAL system—shows great promise in separating open from restricted records and in identifying records relevant to particular information requests, facilitating more timely public access to information.”

Kaine, who served as governor from 2006 until 2010, was elected to the U.S. Senate in 2012. He was formally nominated for vice president at the Democratic National Convention on Wednesday evening. Cormack says he and Grossman picked Kaine well in advance of him joining the ticket. However, Cormack also admitted that he and Grossman knew there was a chance the nomination could be Kaine’s.

“We knew a year ago there was a buzz [about him], and the betting markets gave him a 15 percent chance [of being on the ticket],” said Cormack. For instance, Cormack and Grossman had previously utilized their continuous active learning techniques to allow users to sift through Florida governor Jeb Bush’s emails. The Kaine archive available for electronic searches currently stands at approximately 140,000 documents, though the Library of Virginia says it was given approximately 1.3 million emails from the Kaine administration. The library plans to release more emails in batches as they are processed.

Cormack said he and Grossman hope to deploy their continuous active learning on similar projects. “We want to build as many public resources as we can,” Cormack said.

According to the magazine article, Cormack and Grossman have also been granted access to former Illinois Governor Rod Blagojevich’s emails.