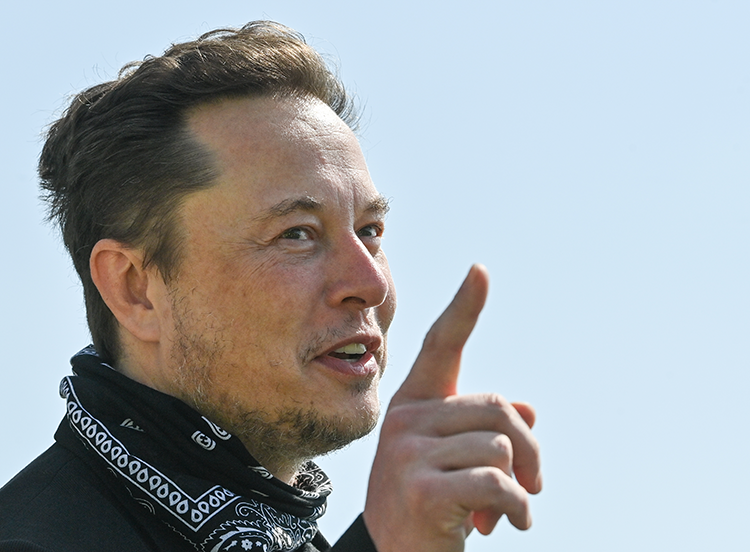 Elon Musk is being sued by Twitter after attempting to back out of the deal he signed to buy the company. (Photo by Patrick Pleul - Pool/Getty Images)

Elon Musk's stated reason for abandoning his $44 billion deal to buy Twitter is “a model of hypocrisy,” according to the social media company’s lawsuit seeking to enforce the agreement.

The lawsuit, filed in the Delaware Court of Chancery on Tuesday, says Musk likely wants out of the deal because the value of his stake in Tesla has declined more than $100 billion from its November 2021 peak. But Musk has instead cited Twitter’s failure to provide sufficient information about fake or spam accounts—even though he initially said he was buying Twitter to defeat “the spam bots,” the suit says.

Musk says he can abandon the deal if Twitter misrepresentations on spam accounts created a “material adverse effect,” Reuters reports.

But that argument is likely to face skepticism in Delaware courts, which have only once ruled in favor of an MAE claim, experts told Reuters.

Ann Lipton, associate dean for faculty research at Tulane Law School, told Reuters that Musk’s claim faces a high bar. “If it goes to court, Musk has the burden to prove more likely than not, that the spam account numbers not only were false, but they were so false that it will have significant effect on Twitter’s earnings going forward,” Lipton said.

Musk’s tweets have shown he was aware of spam accounts before he closed the deal, Boston College Law School professor Brian J.M. Quinn told the New York Times. Musk’s lawyers “are going to be very unhappy with the fact that he tweets,” Quinn said. “All the tweets that they can find, they are using against him.”

The suit says Musk had waived due diligence, another factor in the company’s favor, experts told the Washington Post.

Musk also argues that Twitter breached its agreement by firing two high-level employees without his consent. Law professor Quinn tells Reuters that is “probably the only claim that has any purchase,” although he doesn’t think the firings affected Twitter’s business.

The lawsuit blames Musk himself for misrepresentation when he tweeted that Twitter’s sample size for calculating spam accounts is a random sample of only 100 followers and that its 5% estimate for fake accounts was much too low.

“Having mounted a public spectacle to put Twitter in play, and having proposed and then signed a seller-friendly merger agreement, Musk apparently believes that he—unlike every other party subject to Delaware contract law—is free to change his mind, trash the company, disrupt its operations, destroy stockholder value, and walk away,” the complaint says.

Law professors who spoke with Reuters and Law360 pointed out that the suit could settle. “Target companies often choose the certainty of a renegotiated deal at a lower price or financial compensation,” Reuters reported, “rather than a messy court battle that can last for many months.”

Twitter’s lawyers have called for an expedited trial to be held September, according to the New York Times and Bloomberg Law. The lawyers believe they can make their case in less than a week.