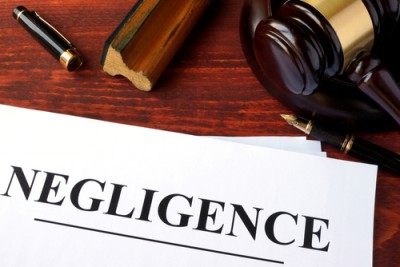 The case of a woman who died after undergoing mistaken brain surgery involves apparent errors by her doctors and her lawyers, according to a Michigan Supreme Court justice who agreed with a decision to overturn the $20 million award.

Because the lawyers pursued a negligence cause of action barred by collateral estoppel, the estate of Bimla Nayyar will receive nothing, according to the concurring opinion by Michigan Chief Justice Stephen Markman.

Nayyar was supposed to receive treatment for a dislocated jaw, but doctors operated on her brain because of a mix-up involving X-rays. The Oakwood Hospital and Medical Center in Dearborn conceded negligence.

“This case involves a remarkable confluence of what appears to be both medical and legal dereliction, resulting in an extraordinary miscarriage of justice,” Markman said in his Feb. 7 opinion. His concurrence agreed with the court’s refusal to reconsider an earlier decision denying an appeal, which left intact a lower court decision overturning the verdict.

Lawyers for the estate initially sued for negligence, a cause of action that has no damages cap, rather than medical malpractice, in which damages are capped, Markman says in the opinion.

The estate’s lawyers filed a new suit for medical malpractice, but sought to raise the negligence claim at trial. The judge allowed the lawyers to file an amended complaint for ordinary negligence and jurors awarded $20 million.

An appeals court ruled that the trial court’s order allowing the negligence claim was an impermissible collateral attack on the first court’s order, and the only theory available was medical malpractice. As a result, the hospital was entitled to judgment notwithstanding the verdict.

“To summarize,” Markman wrote, “plaintiff now has no negligence claim and no medical malpractice claim, all despite the fact that (a) defendant-hospital openly admitted negligence, (b) a jury determined that this negligence constituted the proximate cause of plaintiff’s death, and (c) a jury awarded plaintiff a $20 million verdict.

“Yet the decedent’s husband’s plaintive inquiry nonetheless resonates loudly: ‘How is [this] possible in a just and fair world … ?’ There is no satisfactory answer, in my judgment, only that further review of this matter might well be pursued in an appropriate action.”

Lead counsel for the estate was Michigan lawyer Geoffrey Fieger, according to the Washington Post and the Associated Press. The Post describes him as a prominent trial attorney “known for taking on high-stakes, headline-grabbing lawsuits and criminal cases.”

Fieger’s late brother, Doug, was lead singer for the Knack, known for its 1979 hit “My Sharona.”