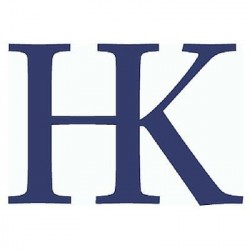 A former partner who sued Holland & Knight for $1.5 million allegedly owed because he was underpaid has not yet had his claim resolved in arbitration, but the law firm has succeeded in its arbitration claim against Charles Gibbs.

A Manhattan judge this month confirmed an award, including interest and attorney fees, to the firm that totaled more than $772,000, Law.com (sub. req.) reports.

“It started as a claim by him against the firm for additional compensation … and it ended up being a judgment against him for almost 800,000,” Michael Delikat, Holland & Knight’s lawyer in the matter, and a partner at Orrick, Herrington & Sutcliffe told Law.com. “That’s quite a reversal of how the case started.”

Holland & Knight had claimed Gibbs owed the firm money for work as a guardian ad litem when he was at the law firm.

Gibbs had sued partly because the firm reduced an $825,000 origination credit he had claimed for representing the executors of the $300 million estate of heiress Huguette Clark, who died in 2011 at 104.

Gibbs’ lawyer, Clifford Robert, told Law.com that Holland & Knight’s arbitration win related only to one narrow issue and “was merely a step along the way,” and that the claim against Holland & Knight remains a top priority.