Faulkner Estate Sues Sony Over Quote From 'Midnight in Paris' 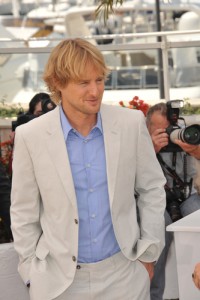 Owen Wilson at the Midnight in Paris
premiere. His character quoted
Faulkner in the film. Featureflash
Shutterstock.com

The estate of William Faulkner sued Sony Pictures Classics Thursday, alleging that the studio used the author’s work without permission in the 2011 Woody Allen film Midnight in Paris.

The work in question is from Faulkner’s Requiem for a Nun, according to Variety. Midnight in Paris is about a writer, played by Owen Wilson, who romanticized the city’s literary community of the 1920s and magically goes back to meet writers like Faulkner, Ernest Hemingway, F. Scott Fitzgerald and Gertrude Stein.

“The past is not dead! Actually, it’s not even past. You know who said that? Faulkner. And he was right. And I met him, too. I ran into him at a dinner party,” Wilson’s character says in the film.

According to Variety, Faulkner actually wrote “The past is never dead. It’s not even past.”

According to the U.S. District Court for the Northern District of Mississippi complaint (PDF), Sony should have sought to obtain permission to use the line.

Sony had no immediate comment about the complaint, Variety reports.