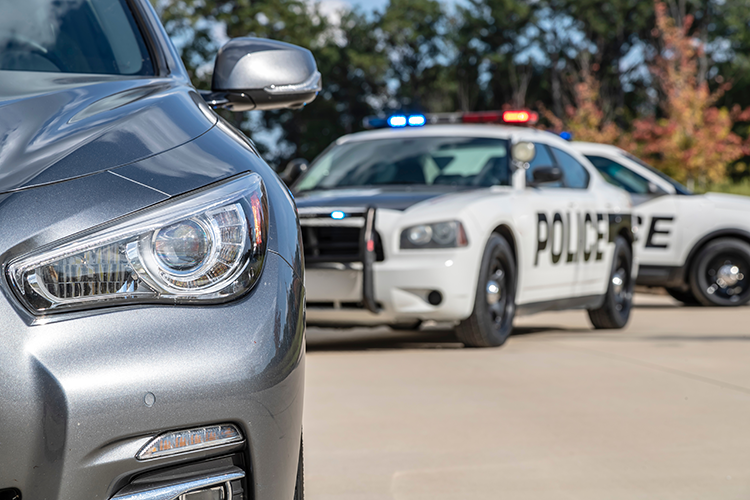 A federal appeals court is considering whether a Black man who says he broadcasts his interactions with police for his protection had the right to livestream a traffic stop on Facebook.

The 4th U.S. Circuit Court of Appeals at Richmond, Virginia, is considering an appeal by Dijon Sharpe arguing that he had a First Amendment right to livestream police who pulled over a car in which he was a passenger, report the Washington Post and Courthouse News Service.

The 4th Circuit has not yet found whether there is a right to record or livestream such stops.

Sharpe sued over a traffic stop by police in Winterville, North Carolina. According to Sharpe’s November 2019 lawsuit, an officer asked whether Sharpe was recording the traffic stop, and Sharpe answered in the affirmative.

The officer then tried to grab Sharpe’s phone and said the broadcast was a safety issue, according to Sharpe’s suit. Another officer said the livestream was a problem because it “lets everybody y’all follow on Facebook that we’re out here.”

Sharpe lost in the federal district court, which ruled that police had immunity because there was no clearly established right to livestream the traffic stop at the time of the incident.

On appeal, Sharpe’s lawyers argued that the officers’ justification for banning livestreaming was based on “a fanciful chain of hypotheticals involving a third party seeing Mr. Sharpe’s livestream, deducing the location of the traffic stop, driving to the scene, and attempting to harm the officers.”

The right to livestream was clearly established in October 2018, and the police department’s blanket ban on the practice “violates the First Amendment many times over,” Sharpe’s appellate brief argued.

The judges wanted to know whether banning the recording constituted an unreasonable search and seizure under the Fourth Amendment after “seizing” a person in a traffic stop.

Sharpe was represented in oral arguments by Andrew Tutt of Arnold & Porter Kaye Scholer. According to Courthouse News Service, his First Amendment argument was “hastily interrupted” by Niemeyer, who said he thinks that the dispute is governed by the Fourth Amendment.

As Tutt tried to respond, Niemeyer interrupted several times. Niemeyer’s “line of questioning devolved into a period of the judge and attorney talking over each other in increasingly irritated tones until the voice of U.S. Circuit Judge Julius Richardson cut through the noise,” Courthouse News Service reports.

“I think he’s trying to ask you a question,” Richardson said. “I’m not sure why you’re so excited right now, but I think you want to try to answer his question and not talk over him.”

According to Courthouse News Service, “An apology from Tutt followed a brief, stunned silence in the courtroom.”

Niemeyer continued to interrupt Tutt during the rest of his argument, the article reports.