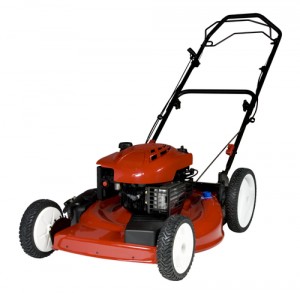 A federal appeals court has tossed a homeowner’s suit claiming his due process rights were violated when he was charged $600 by city of Howell, Michigan, for refusing to mow the curb strip in front of his home.

The Cincinnati-based 6th U.S. Circuit Court of Appeals tossed the suit by David Shoemaker in a 2-1 decision (PDF) on July 29 that criticized his lawyer’s “outlandish” comparisons between the city and totalitarian regimes. How Appealing noted the case and coverage by the Livingston Daily.

Shoemaker was charged by the city of Howell after he stopped mowing the strip of land because the city removed his maple tree and replaced it with nine saplings. City ordinance requires homeowners to keep grass and vegetation to a height no greater than 8 inches.

A federal judge had found Shoemaker didn’t have an adequate opportunity for a court or quasi-judicial hearing under the ordinance. The judge had also found that the city had infringed Shoemaker’s fundamental right not to be forced to maintain the curb strip, which the judge deemed to be city property. The appeals court majority disagreed with those findings in an opinion by Judge Ronald Lee Gilman.

Shoemaker technically owned the curb strip property, and the city simply possessed a right of way for public convenience, according to the appeals court. Because of Shoemaker’s shared interest in the property as well as his de facto use of it there was no fundamental right at stake and no substantive due process violation, the appeals court said.

The majority criticized Shoemaker’s fundamental-rights argument as hyperbolic. “Shoemaker suggests that the ordinance is somehow un-American,” Gilman wrote for the majority.

“Shoemaker specifically compares the requirement that he maintain the curb strip associated with his property to draconian mandatory public-labor measures adopted by regimes in troubled nations such as the Republic of the Congo, Uzbekistan, and Burma/Myanmar. These analogies are almost too outlandish to address. But even more hyperbolically, Shoemaker argues that the ordinance ‘makes the city look like North Korea rather than an American city.’

“This final comparison should come as a surprise to the citizens of both nations. On the one hand, North Korea is a totalitarian regime that notoriously tortures criminal defendants, executes non-violent offenders, and sends those accused of political offenses to ‘brutal forced labor camps.’ … Ordinances like the one challenged here, on the other hand, are ubiquitous from coast to coast.”

The appeals court said the notices given to Shoemaker were sufficient, though they didn’t state the amount of the fine for violating the ordinance and the consequences for failing to pay.

“Although the notices in question were not perfect,” the appeals court said, “the Constitution does not require strict adherence to the city’s ordinances. What the Constitution does demand—that the notice as given be reasonably calculated to alert Shoemaker of the charges against him and any avenues available for challenging those charges—was accomplished by the notices distributed by the city,” the appeals court said.

A dissenter would have ruled for Shoemaker. “The city violated Shoemaker’s due process rights by maintaining, on one hand, that Shoemaker had no right to determine the landscaping of that property, while on the other hand, demanding that Shoemaker was solely responsible for its upkeep,” said the dissent by Judge Eric Clay.