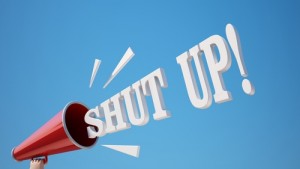 A federal judge who criticized a defense lawyer’s questioning as “flimflam” and told him to shut up created the appearance of bias during a jury trial, a federal appeals court has ruled.

The Cincinnati-based 6th U.S. Circuit Court of Appeals granted a new trial to the defendant, saying the trial judge “belittled” the defense lawyer, the National Law Journal (sub. req.) reports. The judge also erred when he answered a juror’s question about reasonable doubt with an improvised instruction, the court said.

• During closing arguments, O’Meara ordered Barnett to “shut up.” O’Meara also criticized the defense theory that police have reason to lie as “over the top … mendacity.”

• When Barnett was questioning a police officer, O’Meara said: “All of this is irrelevant to start out with, and it’s a little bit of flimflam, too.”

• When Barnett challenged the testimony of the court’s first witness. O’Meara threatened sanctions, saying: “This dramatic, high voice, moving around, touching your client. It isn’t going to happen. You went into a whole series of pretty dramatic questions about what happened, who opened the door, who pulled it open. It had nothing, nothing to do with what this jury has got to decide and you’re getting back into some other areas. Now you are a very intelligent man and you know what I’m talking about and you know you’re going to be sanctioned if this continues so don’t let it continue.”

O’Meara’s improvised instruction was: “Reasonable doubt is something short of absolute certainty by some measurable distance. It means that if you have reasonable doubt, that there is no way a reasonable person can come to the conclusion that you need to come to, to in this case find the defendant guilty of two charges.”

Daniels was sentenced to more than seven years in prison after jurors convicted him for possession of a firearm with an obliterated serial number as a felon. The appeals court opted not to assign a new judge for the retrial.

Federal prosecutors had defended O’Meara in a brief, saying the judge’s comments “may not have been ideal at times,” but he “did not act with such a high degree of antagonism to deprive Daniels of a fair trial.” Prosecutors said the judge was trying to maintain a focus on the issues “despite the irrelevant and redundant questions of defense counsel.”

Barnett also gave O’Meara the benefit of the doubt in an interview with the National Law Journal. “It was unusual to see that type of conduct in district court,” Barnett said. “I’ve never seen that before, except on a few occasions. But I do believe that the judge is experienced and fair-minded.”

O’Meara didn’t respond to the ABA Journal’s request for comment.