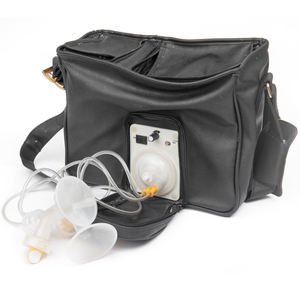 A California woman filed a federal lawsuit against Marriott International Inc. last week. It says she was denied lactation breaks after giving birth last year because she is a surrogate mother.

In addition to damages, Mary Gonzales seeks a declaratory judgment that supervisors at the Los Angeles Airport Marriott where she is employed as a cashier and general accountant violated the federal Pregnancy Discrimination Act. She says the hotel chain refused to make reasonable accommodations for her need to take the breast-milk-pumping breaks following her pregnancy leave last year, Courthouse News reports.

Initially, Gonzales expressed the milk and sent it to the baby’s mother. Later, she donated the milk to charities. She also alleges that she had a medical need to take the lactation breaks and suffered health problems as a result of the lack of cooperation she faced at work.

“We believe surrogates have several of the same rights as biological mothers,” said her lawyer, Julia Campins, who hopes the Los Angeles lawsuit will “clarify that existing laws do cover these types of situations.”