Felons who are barred from possessing guns can sell them with court approval, Supreme Court says 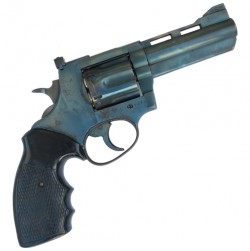 A federal law that bars felons from possessing firearms doesn’t prevent courts from approving a sale or transfer of the guns to a third party, the U.S. Supreme Court ruled on Monday.

Courts may approve transfer of guns owned by felons as long as the felon doesn’t retain control over the guns, according to the opinion (PDF) for a unanimous court by Justice Elena Kagan.

The petitioner in the case was former U.S. border patrol agent, Tony Henderson, who wanted to sell his guns to a friend after serving time in prison for marijuana distribution.

Kagan said the government view expanded the scope of the federal law “far beyond its purpose.” When a court is satisfied that a felon won’t retain possession of guns after they are transferred, courts have equitable power to accommodate a transfer request, Kagan said.