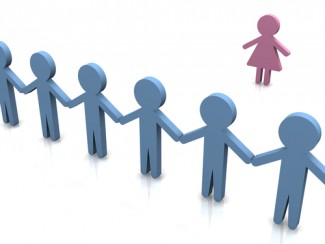 A 61-year-old lawyer who was fired from her position as general counsel has sued her onetime employer for alleged age and gender bias.

Roxanne Khazarian claims in the Oct. 25 suit (PDF) that there is a “good ol’ boy” network at her onetime employer, Gerald Metals, a commodities trading company that is governed by an all-male board of directors, the National Law Journal (sub. req.) reports.

According to the suit, the company hired 43-year-old CEO Craig Dean in January 2013, who reportedly announced he wanted to lower the average age of employees by 15 years. After he took over, the suit says, the company generally gave pay increases to and increased bonuses for younger employees but didn’t treat older employees the same.

Younger, attractive females got favorable treatment such as better pay and bonuses and flexible work schedules, according to the suit.

The suit claims Gerald Metals barred employees from discussing compensation so they wouldn’t find out about pay inequities. Khazarian says she was fired after complaining about discrimination.

The suit claims the company “engaged in widespread and systemic age discrimination against its employees, generally, and older female employees, particularly” with regard to hiring, promotion, leadership and advancement opportunities, and firing.

Khazarian says she was paid $260,000 when she was hired in 2008 and $285,000 after a six-month trial period. She received just one more pay increase—to $305,000 in 2011—after she threatened to file claims for age and sex discrimination because she was being blamed for a project on which senior male executives had worked, according to the suit.

Khazarian also contends she was promised bonuses in the range of 100 to 150 percent of her annual pay, but her actual bonuses amounted to about 15 percent of her pay. Male senior level executives typically received bonuses that matched or exceeded their annual salaries, the suit says, citing information and belief.

The company’s legal department currently has seven male lawyers who are all younger than Khazarian, according to the suit.