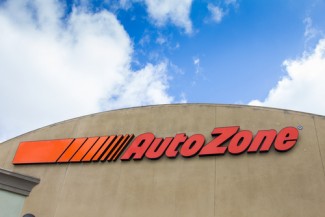 Federal jurors in San Diego have awarded nearly $186 million to a fired store manager at AutoZone who claimed she was told pregnant women can’t handle the job and then demoted after she gave birth.

The “blockbuster verdict” could test the upper limits of awards in employment bias cases, the Wall Street Journal says. The amount is believed to be the largest verdict awarded to an individual in an employment case, according to UT San Diego.

AutoZone says it will seek to reduce the award. “We believe this verdict could not be based on the evidence or logic, and we plan to proceed with all legal remedies,” a spokesperson told several publications. The company had contended Juarez was demoted for “managerial disloyalty.” The company also cited $400 in misplaced cash.

Juarez had alleged her boss suggested she give up the management job after she became pregnant in 2005 and demoted her to parts sales manager in 2006. In the new position, she said, she was asked to work long hours, asked to do her work over again without reason, and yelled at. She was fired after filing a complaint with the state.

The suit alleged wrongful termination and pregnancy and gender discrimination.

A former district manager had testified at trial that an AutoZone vice president scolded him for hiring too many women. “What are we running here, a boutique? Get rid of those women,” the VP reportedly said.

Next:
Has studying or practicing law made it more difficult for you to read for pleasure?