Flea infestation closes courthouse for second day in a row 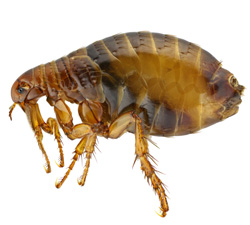 First reported on Friday to the county administrator, a flea infestation has proven difficult to eradicate at a New York state courthouse.

The Orleans County Courthouse in Albion was closed Tuesday for the second day in a row, but officials hope to reopen it on Wednesday, according to the Buffalo News and the Daily News.

Charles H. Nesbitt Jr. serves as the county’s chief executive. He said he has no idea where the bugs came from and said there has never been a flea infestation at the courthouse before, the Buffalo newspaper reports.

Rescheduled court dates have not yet been set for matters set to be heard on Monday and Tuesday, the county district attorney’s office tells the Daily News.