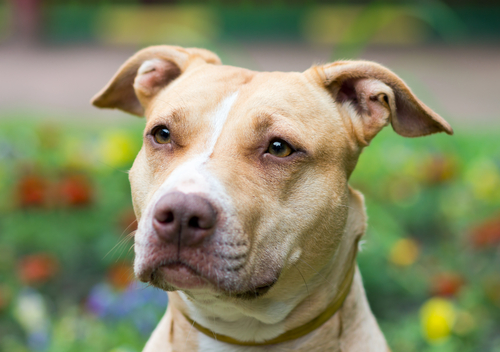 Florida lawyer Robert Laurence Pelletier is facing an ethics complaint by the Florida Bar for describing himself as a pit bull lawyer and using an online image of a pit bull.

According to the March 2 complaint, Pelletier advertised as the “Pitbull Lawyer at Taylor Law” and used a logo of a pit bull with a spiked collar. Pelletier is an of counsel attorney at the Law Offices of David A. Taylor in Jacksonville, Florida, according to Law.com’s coverage of the case.

The pit bull image appeared on a blog, a Facebook page and a wrap on a boat. Pelletier also used the name “Pitbull” on business cards and on the door to David Taylor’s office.

When Pelletier was asked to remove or correct the ads, he corrected some violations, including the business cards and the office door, according to the ethics complaint. But he only partly corrected his website and did not remove the boat wrap until the case was set to be reviewed by a grievance committee, the complaint said.

The Florida Bar has alleged that Pelletier violated rules for lawyer advertising. The complaint noted a 2005 decision by the Florida Supreme Court that said a lawyer’s pit bull reference and use of the image in advertising doesn’t help the public make an informed decision when choosing lawyers.

The pit bull reference and image “harm both the legal profession and the public’s trust and confidence in our system of justice,” the Florida Supreme Court opinion said.

Pelletier did not immediately respond to an ABA Journal email requesting comment.

Law.com spoke with experts who questioned whether banning pit bull references in ads is needed to protect the public. Brian Tannebaum, who handles ethics cases and white-collar defense at Bast Amron in Miami, told the publication that he isn’t a fan of ads that use pit bulls or sharks. But he said restrictions can lead to questions of consistency.

“I believe in letting the clients decide who they want to hire,” Tannebaum said. “Some clients want a pit bull, and I think they know they’re not actually getting a lawyer that is going to bite someone.”