The lawyer, Christopher Craig Anderson, had worked as an associate at Kirkland & Ellis before joining Neal, Gerber & Eisenberg, where he was promoted to nonequity partner, according to the Jan. 11 complaint, noted by the Legal Profession Blog. The American Lawyer and Crain’s Chicago Business have news coverage.

When Anderson thought he had not spent a sufficient amount of time on client matters, he slightly increased the time billed based partly on his assessment of the likelihood that the client would object, according to the ethics complaint.

As an example, Anderson might record 0.5 hours on a client matter when he really spent 0.3 hours, or he might record 2.1 hours for work that actually took 1.7 hours to complete.

Anderson had joined Kirkland in 2011 and Neal Gerber in 2015. He reported his conduct to one of the leaders of his practice group in August 2018 and was subsequently fired.

Both law firms are offering refunds or credits to clients affected by Anderson’s conduct. Neal Gerber offered refunds to more than 100 clients totaling more than $150,000, which amounted to 20 percent of Anderson’s recorded time, the complaint said. 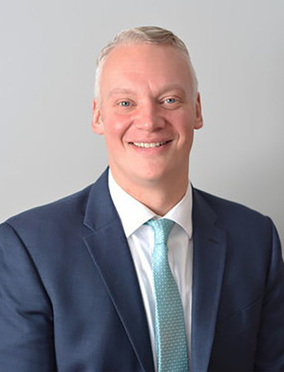 Anderson spoke briefly with the American Lawyer. “This is just an attempt by me to make my life right,” he said. “It’s not been easy for me along the way, but I feel like I’ve done the right thing.”

A LinkedIn page for Anderson said he focuses on the “structuring, drafting and negotiation” of intellectual property and commercial agreements, as well as the enforcement of IP portfolios.

Scott Fisher, managing partner Neal Gerber, told the American Lawyer that the firm’s investigation found Anderson’s billing conduct was so subtle it would not have been detected in an outside audit of billing records. There was no “data indicating any unreasonable bill, any discernible pattern of time inflation nor any material overcharging,” Fisher said.

He added that the matter was an isolated incident, and the firm’s response was guided by its commitment to transparency.

A Kirkland & Ellis spokesperson released a statement to the ABA Journal. “We recently learned that a former associate during the 2011-2015 timeframe may have rounded up his billable hours to certain clients,” the spokesperson said. “We take these situations very seriously and are in the process of preparing refunds or credits for all potentially impacted time that was billed to any client.”

In a separate story, the American Lawyer spoke with experts who said intentional overbilling is rare. Stephen Gillers, a professor at the New York University School of Law, criticized a competitive atmosphere that contributes to a focus on money.

“This is a perennial problem over the last generation with American law firms: the intensification of competition not only with other firms but also with lawyers within a particular firm,” Gillers said. “And it’s only escalated. No one has been able to say, ‘Wait a minute, let’s get some sense of proportion here and recognize that there are values in life other than money.’ ”