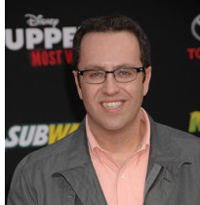 A federal judge in Indianapolis has rejected a sovereign citizen argument made by convicted former Subway pitchman Jared Fogle.

U.S. District Judge Tanya Walton Pratt said Fogle’s pro se filing was frivolous and she was rejecting his “motion to correct clear error.” The Indiana Lawyer, the Indianapolis Star and the Washington Post have stories on Pratt’s Nov. 8 order (PDF).

Fogle was sentenced to 15 years and eight months in prison in November 2015 after pleading guilty to traveling across state lines to engage in sexual conduct with a minor, and distribution and receipt of child pornography. He was represented by lawyers at the time.

In his latest filing, Fogle relies on an amicus brief written by a fellow inmate that challenges the court’s subject matter jurisdiction. The inmate wrote that the lawfulness of a judicial judgment “depends on whether the sovereign has authority to render it.”

If Fogle is claiming to be “sovereign,” Pratt wrote, the Chicago-based 7th U.S. Circuit Court of Appeals has rejected the theory. She cited past decisions finding that the sovereign citizen defense is “shop worn” and without “conceivable validity in American law.”