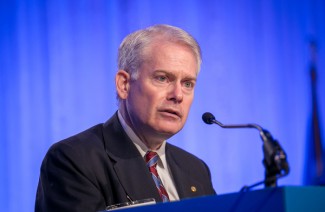 Mark Agrast, chair of the ABA Commission on Disability Rights. All photos by ©Kathy Anderson.

Over some opposition, the ABA’s House of Delegates passed a resolution Monday urging lawyer licensing entities to focus on behavior rather than diagnoses when asking about mental health.

In the winter of 2014, the Louisiana Supreme Court and Vermont Human Rights Commission received Department of Justice letters advising them that their questions to bar applicants about mental health diagnoses violated the Americans With Disabilities Act. Louisiana settled with the DOJ last August. This winter, the Florida Supreme Court received a similar letter. 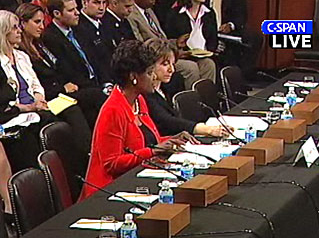 Hulett “Bucky” Askew, a trustee for the National Conference of Bar Examiners.

Those actions underlay much of the debate in the House on Monday, which pitted concern for civil rights against concern about the ability of bar examiners to ensure admittees are fit to practice. Mark Agrast—chair of the ABA’s Commission on Disability Rights and executive director of the Washington, D.C.-based American Society of International Law—introduced the resolution.

“We believe this is the right balance, and many states agree,” he said, noting that some have eliminated mental health questions altogether and others have revised them considerably.

Hulett “Bucky” Askew, a Georgia delegate and a trustee for the National Conference of Bar Examiners, disagreed. He preferred the ABA’s prior policy on the subject, 1994’s Resolution 110, which this year’s Resolution 102 (PDF) replaced. He also said the NCBE’s current recommended question 26A is adequate. That question asks: “Do you currently have any condition or impairment (including, but not limited to, substance abuse, alcohol abuse, or a mental, emotional, or nervous disorder or condition) that in any way currently affects your ability to practice law in a competent, ethical, and professional manner?” 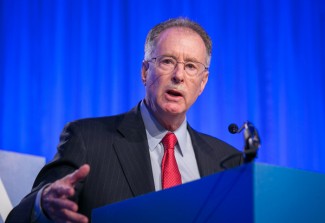 He was echoed by Jequita Napoli, a delegate from the NCBE.

“Licensure demands that limitations do not shield applicants from scrutiny,” she said. “I would suggest that Resolution 102 stands for the proposition that the privacy interests of the applicant supersede inquiry.”

But a lot can ride on these questions, speakers in favor of the resolution said. Stephen Saltzburg of the Criminal Justice Section, who teaches law at George Washington University Law School, said a student asks him for advice at least once a year about how seeking mental health treatment could affect their bar admission chances. This creates a conundrum, he said, in which he doesn’t want to tell applicants to lie but also wants to encourage them to seek help. 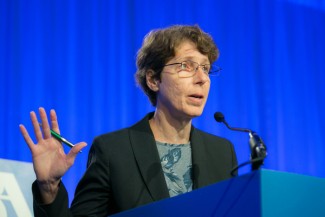 Jennifer Mathis, director of programs at the Bazelon Center for Mental Health Law in Washington.

Jennifer Mathis, director of programs at the Bazelon Center for Mental Health Law in Washington, D.C., said she’d heard questions like that for the past 20 years as a disability rights lawyer.

“I’ve seen this dramatically affect people’s lives … and I know there are many folks who make the decision to forgo getting the help they need because they’re afraid,” she said.

Two speakers in favor of the resolution said they regretted opposing Askew, a former consultant to the ABA’s Section on Legal Education and Admissions to the Bar. Though the nays were audible, the resolution passed.