How can you protect your privacy following recent iPhone updates? 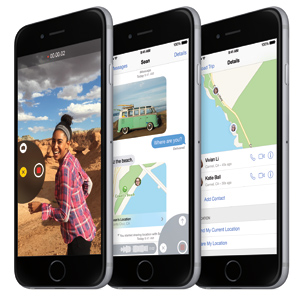 Should you trust that Apple protects your privacy in its new iPhone and iPad update? Probably not, according to the bloggers at GottaBeMobile.

As ABA Techshow speakers pointed out in March, lawyers must be especially vigilant about securing their mobile devices to guard any potentially sensitive client data. Here are some things you can do to protect yourself after downloading iOS 8 or purchasing an iPhone 6.

The post mentions “Diagnostics & Usage Data,” which can be found in the “Settings” icon, under “Privacy.” If you don’t check off the “Don’t Send” option, “pretty much everything you do on your iPhone or iPad” is tracked by Apple, according to the article. Apple says that it’s sent anonymously, and used to improve users’ iOS experiences, “but we all know that’s kind of bologna,” GottaBeMobile opines.

Turning off the camera app’s location services, which shows exactly where you took photos or videos, is also suggested, as is toggling off location-based “iAds.”

Choosing “Do Not Track” on the Safari mobile browser could be a good idea, too, the article notes, so advertisers can’t follow your browsing habits. You also may want to select the “Limited Ad Tracking” option, also found in privacy settings under “Advertising.”

“No one wants to be tracked or have all of their Internet activity captured by Web companies and sold to advertising agencies, but that’s the kind of world we live in today,” the article states. “However, you can at least prevent most or some of that from happening by being aware of the privacy settings that you have control over on your devices.”

Apple product users may be slow adopters of this new operating system. According to ZDnet, as of Monday, less than half of compatible iPhones and IPads are running iOS 8, which was released Sept. 17.

ABA Journal: “Be vigilant about protecting sensitive client data with these tools”