How Democrats could release their memo without Trump's approval 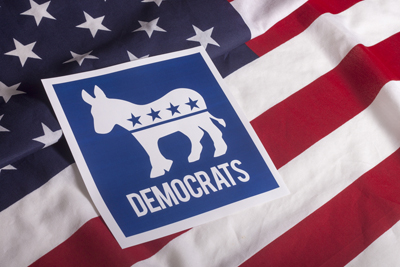 President Donald Trump’s objections to the Democratic memo rebutting allegations of FBI surveillance abuse has some law professors spinning out scenarios in which the memo could be released without executive branch approval.

They may not be needed as Democrats have said they are working to address the concerns, CNN reports. U.S. Rep. Jim Himes of Connecticut said on Monday that Democrats don’t intend to release the memo before addressing concerns about classified information, the Washington Times reports.

Himes spoke after CNN asked him about one of the scenarios: Democrats could protect themselves from prosecution for releasing classified information by reading the memo aloud from the House floor. The question was a reference to the speech or debate clause of the Constitution, which reads “for any speech or debate in either House, [members of Congress] shall not be questioned in any other place.”

The phrase has been interpreted to bar prosecution of any lawmaker for speeches made on the floor or in committee that are part of the legislative function, Slate reports in an article by University of California at Los Angeles law professor Jonathan Zasloff. The professor says the Democratic memo would be covered because responding to a Republican committee memo is a “core legislative function.”

Another law professor, Mary Lederman of Georgetown, points out that restrictions on congressional release of classified information are imposed by standing rules of the House of Representatives. That means Trump doesn’t have the authority to block release of the Democratic memo, Lederman argues in a blog post for Just Security.

The process is governed by Rule X, Clause 11 of the House’s Standing Rules. The rule allows the committee to publicly disclose any information in its possession if it determines the public interest would be served.

During that time, the president has the option of “personally in writing” notifying the committee that he objects to the disclosure and certifying that the threat posed by the disclosure outweighs the public interest. If the president does make such an objection, the memo can be disclosed only with approval from the full House, Lederman says.

Lederman says the president did not make his objections “personally in writing” because the letter notifying the committee was written by White House counsel Don McGahn. Nor did McGahn represent that the threat to the national interest outweighs the public interest, Lederman says.

As a result, it is “up to the committee itself, not the president, whether and in what form to eventually release the memo,” Lederman writes.