Interested in speaking to students and community groups during National Judicial Outreach Week? 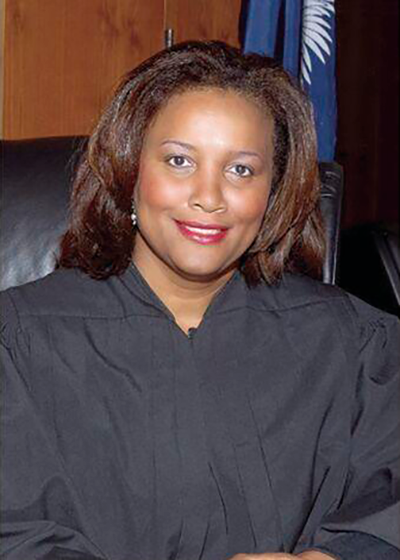 Judge J. Michelle Childs is the current chair of the ABA Judicial Division.

With National Judicial Outreach Week around the corner, the Judicial Division has put out the call for active and retired judges to meet with their communities in-person or virtually to talk about the importance of the courts and upholding the rule of law.

This year, it’s also partnering with the Section of Litigation’s Committee on the American Judicial System to recruit volunteers who are interested in leading a program on democracy, judicial independence and the rule of law that is specifically geared toward middle-school students.

“Our outreach will be much broader because the Litigation Section will help us extend our tentacles, essentially, out there to reach a lot more students around the nation,” says Judge J. Michelle Childs of the U.S. District Court for the District of South Carolina, who serves as chair of the Judicial Division. “We’re hoping we can plug pins on the map across the entire United States.”

In its fifth year, National Judicial Outreach Week runs from March 1 to 10, and aims to introduce members of the public to the country’s judges so they can better understand their commitment to fairness and impartiality. To assist volunteers, the Judicial Division and Section of Litigation provide guidance on target audiences as well as speaker notes, PowerPoint presentations and other resource materials that can be used to create their programs.

Childs, who is based in Columbia, South Carolina, had already planned to talk to students at a middle school when she received an email from an elementary school principal who wants to introduce third- and fourth-graders to a judge. She hopes to talk to at least 10 groups—which might also include older teenagers who have dropped out of high school—throughout the month.

“Sometimes I try to reach ‘at-risk’ groups because you want their first experience in court to not be because they are in front of the court,” Childs says. “We’ll be selecting audiences that we believe have the greatest need and would benefit [from the programs], and really are hoping to reach hundreds of entities.”