It's not illegal to fire someone for being 'too cute,' Manhattan trial court rules 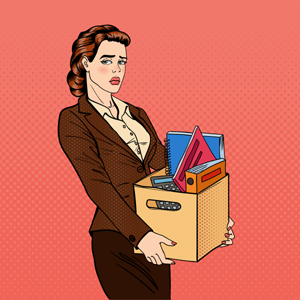 Attractive women are not a protected class under employment laws, even the expansive laws in place in New York City, the New York Law Journal reported Friday.

Dilek Edwards had sued her former employer for gender discrimination, alleging she was fired because her boss, Stephanie Adams, was concerned that her husband found Edwards attractive.

Edwards was hired as a yoga instructor and massage therapist by chiropractor Charles Nicolai. She says their relationship was strictly professional, and she had met Adams—Nicolai’s wife and co-owner of the practice—on one occasion. That encounter was cordial, Edwards says.

More than a year after Edwards started the job, Nicolai told Edwards his wife might be jealous because Edwards was “too cute.” Four months later, Adams sent Edwards a text telling her she was no longer welcome at the business and to “stay … away from my husband and family. And remember I warned you!”

Adams also allegedly reported to police that Edwards had made threatening phone calls, leading Edwards to make a defamation claim.

Hagler was unable to find a case in the city or state New York holding that spousal jealousy alone constitutes gender discrimination. In other jurisdictions, the judge wrote, courts have held that attractive females are not a protected class under anti-discrimination laws.

“With respect to whether appearance can be the basis of a discrimination claim under other statutory authority, courts have not found discrimination when the subject conduct or policy was not applied differently to men and women,” Hagler wrote.

The Iowa Supreme Court ruled in 2012 and 2013 that a dentist from Fort Dodge was within the law when he fired his assistant of 10 years, after growing worried that he might have an affair with her. That court rejected a claim that this was gender discrimination because the assistant “did not do anything to get herself fired except exist as a female.”