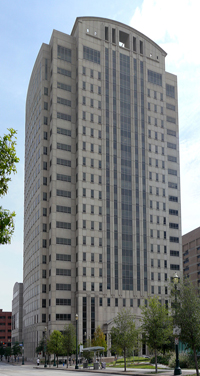 Jury trials in criminal cases in Harris County, Texas, following Hurricane Harvey could resume next Monday, but logistical problems will continue to slow the system.

The delays are causing concern for some jailed defendants and their lawyers, who argue that justice delayed is verging on justice denied, the Texas Tribune reports.

The Harris County Criminal Justice Center, built in 2001 in downtown Houston, was flooded during the historic storm in August. The building won’t be ready for partial occupancy for six to eight months.

Damage “reached at least to the 16th floor,” the Texas Tribune reports. “Pipes ruptured and windows shattered. Sewage oozed out of first-floor bathrooms.” Judges, lawyers and administrators are using “makeshift spaces.” Judges are doubling up in courtrooms at nearby facilities, some of which lack holding cells for inmates.

Prosecutors, meanwhile, have to take court files to nine different locations. Nathan Beedle, the misdemeanor division chief for the Harris County District Attorney’s office, told the Texas Tribune his staff was working in a cramped space in a building about five blocks from the Criminal Justice Center.

“I’m in a ballroom with 88 people in one room, and I have about 26 inches for a desk. And I’m the division chief,” Beedle said.

The jury assembly building also took a hit in the hurricane. Its below-ground floor where jurors assemble was so badly damaged that it may not be repaired. Now jurors will be summoned to the cafeteria and other large rooms at the Harris County Administration Building.

Even when jury trials resume, the county won’t be able to assemble the usual number of jurors. Only about a third of the usual 800 jurors will be called. As a result, “courthouse workers will have to ration those jurors across 22 felony and 16 misdemeanor courts,” the article reports.