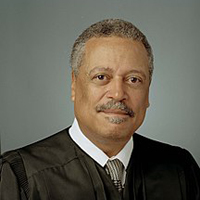 A Washington, D.C., federal judge on Wednesday struck down a Trump administration asylum policy denying victims of gang violence and domestic abuse a chance at asylum, a day before the federal government announced that it would force Central American asylum-seekers to live in Mexico while waiting for their court dates.

NBC and Politico have stories on the D.C. case, while CNN, the Washington Post and NPR have reports on the new “remain in Mexico” policy.

On Wednesday, Judge Emmet Sullivan of the U.S. District Court for the District of Columbia ruled in Grace v. Whitaker that Department of Justice policy could not deny credible fear hearings—the first step in the asylum process—to those seeking asylum to flee gang violence and domestic violence in their home countries. Rules made earlier this year by then-Attorney General Jeff Sessions denying those interviews to people in expedited removal directly violate federal immigration law, Sullivan said.

“As explained in this memorandum opinion, many of these policies are inconsistent with the intent of Congress as articulated in the [Immigration and Nationality Act],” he wrote. “And because it is the will of Congress—not the whims of the Executive—that determines the standard for expedited removal, the court finds that those policies are unlawful.”

The conflict stems from Sessions’ decision earlier this year to certify an immigration court case to himself, a power that attorneys general have because the immigration courts are part of the DOJ. In that case, Matter of A—B—, the Board of Immigration Appeals, which hears appeals from immigration courts, had found that a woman who fled severe physical and sexual abuse by her husband in El Salvador was entitled to asylum, as the government there refused to help her. Sessions intervened in the case sua sponte and invited briefs from the parties and amici. The ABA filed one such brief, arguing that asylum should be available to people who are victims of violence unchecked by their home countries.

Nonetheless, Sessions said nothing in asylum law permits asylum to be granted in cases where private parties, rather than government actors, are responsible for abuse. His decision in A—B— said: “The asylum statute does not provide redress for all misfortune.”

The American Civil Liberties Union and the Center for Gender & Refugee Studies at the University of California’s Hastings College of the Law in San Francisco sued the government over this policy. The case’s 12 lead plaintiffs who’d been determined not to have any credible fear of persecution despite believable testimony about extreme abuse by private parties. A November article from NPR says six of the 12 plaintiffs had been deported by that month.

Sullivan’s 107-page ruling orders the government to bring back those plaintiffs—at the government’s expense—and provide new credible fear hearings. In addition to violating federal immigration law, he says, the government’s asylum-denial policy is arbitrary, capricious and without statutory support under the Administrative Procedure Act. He permanently enjoined the government from deporting new asylum seekers before they have a credible fear interview.

The federal government immediately filed a motion to stay broad application of the ruling, according to Politico.

The case made previous headlines in August when Sullivan discovered that one of the plaintiffs had been deported despite the government’s assurances to the contrary. The judge ordered the government to bring that plaintiff, “Carmen,” and her daughter back to the United States.

On Thursday, Homeland Security Secretary Kirstjen Nielsen told the House Judiciary Committee that the U.S. government had come to an agreement with the administration of brand-new Mexican president Andrés Manuel López Obrador, permitting people seeking asylum in the United States to wait for their immigration court dates in Mexico. NPR says asylum claimants will still have credible fear interviews, as normal. But rather than jailing them pending their asylum hearings or releasing them into the United States—the normal practice in the decades since the United States adopted international treaties on asylum—the government will send them to Mexico.

Nielsen told Congress that the policy was a response to the fact that it’s illegal to detain families with children for more than a few weeks, although the administration is trying to change that. A legal challenge to the “remain in Mexico” policy is highly likely; ACLU attorney Lee Gelernt told NPR that the policy must guarantee the asylum-seekers’ safety, and conditions in Mexico make that highly unlikely.

The López government announced Thursday that it would provide asylum-seekers with humanitarian aid and access to legal services while they wait, as well as give them the opportunity to apply for work visas. The deal with the United States was reached in exchange for an aid package aimed at creating more jobs in Central America, reducing the incentive to emigrate. Details of the package—and how it might address the main driver of emigration, unchecked gang violence in Central America—were not reported.

Nonetheless, the Post notes that the policy could put considerable strain on Mexican border communities. There’s limited space in shelters as it is—thanks to the Trump administration’s refusal to permit more than a handful of asylum-seekers through ports of entry on any one day—and violent crime is common in certain areas. Two teenagers from the “caravan” decamped in Tijuana were recently murdered, the newspaper says. The immigration court backlog is at an all-time high—Gothamist recently reported that it has grown by nearly 50 percent under the Trump administration—so asylum-seekers are likely to wait months or years.