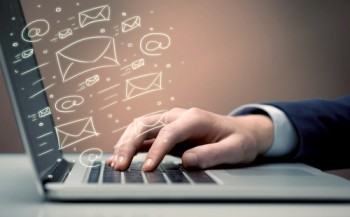 A Montana judge has agreed to a public reprimand for expressing political opinions on QAnon to a Washington Post reporter using his official email.

Judge Michael Swingley, an elected justice of the peace, says he was wrong to send the Jan. 2 email and the reprimand is fair, the Independent Record reports in a story noted by the Associated Press.

Swingley emailed Washington Post reporter Avi Selk, who had poked fun at QAnon in a column last year. Q is said to be an anonymous government insider who is sharing cryptic information on the internet to expose bureaucrats plotting against President Donald Trump.

According to other news coverage cited by the Independent Record, some QAnon followers think the “deep state” has taken over the government and is even responsible for the assassination of President John F. Kennedy and the shooting of President Ronald Reagan.

Swingley sent this email to the reporter: “Whether Q is real or otherwise, there is a movement started by the hypothesis of a Q and somebody behind the scenes standing up for the average American citizen. Patriots are uniting against people just like you. Your world of fake news and liberal agendas that give away our country to foreigners and protect the Clintons and Obamas is coming to an end. Wait for it ……….. you pathetic, snobby ass.”

The Montana Judicial Standards Commission filed the stipulation for a public reprimand with the Montana Supreme Court on Nov. 12. The stipulation says Swingley has accepted the reprimand and has agreed that he won’t use his office or public email to engage in political discourse.

Swingley told the Independent Record that he will strive to be a better judge in the future.

“I try very hard to be a good, compassionate judge for the citizens and I, again, apologize for my momentary lapse of judgment and stupid conduct on what was one of the most stressful days I have had in years,” he said. “I have punished myself over the last 11 months almost daily and learned a hard, but valuable lesson in the process. My fault, I own it and accept the judicial stipulation.”