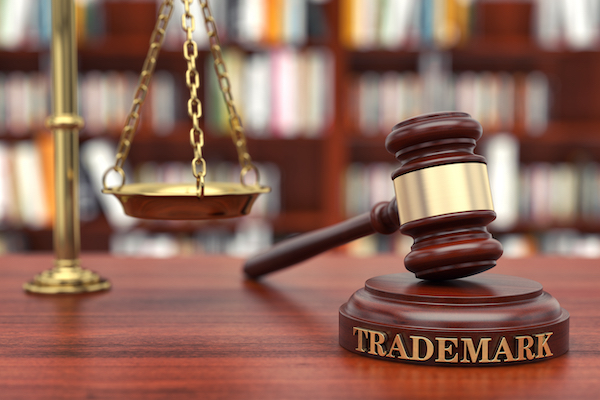 Updated: Nonlawyer employees of Trademark Express are not engaged in the practice of law, a federal judge said in a decision Tuesday.

Bloomberg Law reports on the decision.

Trademark Express, which has been in business since 1993, helps customers prepare applications to register or renew a mark and then helps them respond to any “office actions” from the U.S. Patent and Trademark Office advising that they are not entitled to registration.

The company’s services include a database search to find possible conflicts or similarities to a proposed mark and a report. The customer is then referred to a lawyer who reviews the search results.

Chesney said LegalForce did not have standing to sue under California’s unfair competition law because it has not shown any injury. LegalForce owner Raj Abhyanker had testified that his firm’s gross revenue decreased from 2015 to 2019, forcing him to charge less.

But Chesney said there is no evidence linking lower revenues to Trademark Express. Abhyanker was named as one of the ABA Journal’s Legal Rebels in 2013.

“Indeed,” Chesney wrote, “with respect to pricing, it is undisputed that the prices charged by Trademark Express have always been hundreds of dollars higher than those charged by LegalForce.”

There is also insufficient evidence that LegalForce lost business to Trademark Express as a result of its alleged unauthorized practice of law, Chesney said.

Even though Chesney ruled that LegalForce’s claim failed for lack of standing, she went on to rule that LegalForce failed to prove that Trademark Express is engaged in the unauthorized practice of law.

Courts have recognized that helping a customer fill out a form is not the practice of law when the customer controls the content provided on the form.

“The undisputed evidence is that Trademark Express does not suggest to customers how to describe their goods and services, nor does it change the goods and services information provided by customers, except where an attorney has recommended that the customer provide a different description,” Chesney wrote.

Nor does Trademark Express give legal advice when assisting with trademark referrals, Chesney said. Although some expertise is needed for employees to perform searches, it is not legal expertise, according to Chesney.

Abhyanker told the ABA Journal in two emails that the ruling is the outcome he wanted.

“I’m a supporter of access to justice,” Abhyanker said in the first email. “Preparing and prosecuting trademark applications before the USPTO should be liberalized to nonttorney trademark agents, who shouldn’t have to be attorneys. This was done for patent agents through Sperry v. United States in the 1960s. …

“It is high time that the USPTO reconsider its position in light of this ruling, which effectively opens the door to nonlawyers to do more with respect to trademark preparation and prosecution.”

In an email responding to additional questions, Abhyanker said the decision “is a loss for law firms, and it is true that in the short term, it hurts lawyers and not every lawyer including at our firm is happy with this outcome. However, we were conducting impact litigation, tracing back to our original litigation against the USPTO. We were always trying to level the playing field by pointing out the irony of the USPTO‘s rules that unfairly limit access to justice.”

Abhyanker said his visual trademark search engine Trademarkia has merged business with the law firm LegalForce RAPC, and now they refer to themselves simply as Trademarkia. “This is exactly the result that Trademarkia wanted,” he said.

In a follow-up email April 19, Abhyanker said he wanted to clarify that the result was what the shareholders of Trademarkia wanted and not the result wanted by the plaintiff, law firm LegalForce RAPC Worldwide. Trademarkia was a separate, non-law-firm business, he said.