Judge with 'salty' personality gets suspension partly for F-bombs, says word is common in his region 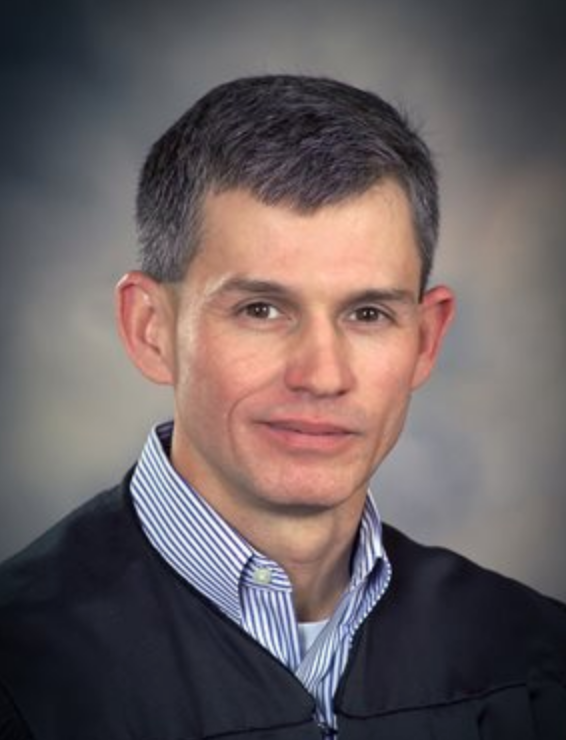 A Kansas judge who dropped F-bombs and refused to “f- - -ing apologize” to one employee subjected to one of his outbursts has been suspended from the bench for “quite troubling” behavior.

The court concluded that a one-year suspension was appropriate but said some or all of the suspension could be stayed after 60 days if Cullins comes up with a plan for appropriate training and counseling.

The F-word wasn’t Cullins’ only misbehavior, the state supreme court said. Cullins used the C-word and the B-word when referring to women. He used the word “Kansas boy” when speaking to Black athletes. And in two instances, he used the F-word in angry interactions with court clerks during a performance review and in response to a question about carpeting.

The court cited the appearance of bias, a violation of decorum and a harm to confidence in the judiciary.

Cullins had admitted that he had a “salty” personality and said his intent was not to hurt or harm others. He said his use of the word “boy” was geographical rather than racial, and he considered himself a “Chautauqua County boy.” And his use of the F-word did not harm confidence in the judiciary because it is so ubiquitous, he argued.

According to the opinion, Cullins “claims cussing is so common in Southeast Kansas that the entire region would take offense at the suggestion that the use of the word connotes a negative reflection on an individual’s character.”

The Kansas Supreme Court countered that Cullins “misses the panel’s point”: He used the word in a loud and angry interaction with one clerk and in a humiliating exchange with the other clerk, the court said.

The performance review incident happened after a clerk spoke with Cullins about a negative review. According to the clerk, Cullins told him to sit in “that f- - -ing chair,” warned him not to “say a f- - -ing word” and proceeded to yell. Cullins countered that he was stern but did not curse.

The Kansas Supreme Court said the clerk’s testimony was more credible, given Cullins’ “apparent ubiquitous cursing.” The district court clerk had said he heard Cullins swear so often that he created a “swear journal” to document the profanity.

The other F-bomb incident happened when the chief clerk asked Cullins whether carpet layers should install extra carpet in elevators. According to the chief clerk, Cullins became angry and said he “didn’t give a f- - - about the carpeting.” Cullins denied cursing, but the state supreme court affirmed a finding that the clerk’s testimony was credible.

Later, Cullins allegedly told the chief clerk that he was not going to “f- - -ing apologize.” He also acknowledged yelling “Yahoo” when the clerk resigned.

Cullins used the term “Kansas boy” in bail hearings for two college athletes. Cullins had complained that the college uses money to invite out-of-state athletes to come to Kansas to commit crimes.

“Can I assume you’re not even a Kansas boy?” he asked one defendant. After learning that another defendant was from Topeka, Kansas, Cullins also referred to him as a “Kansas boy.”

A hearing panel concluded that Cullins’ “boy” remarks weren’t intended as racial bias, but they could be perceived that way.

The Kansas Supreme Court said Cullins’ behavior “has been quite troubling. He has intimidated and publicly humiliated court employees. He has shown bias and the appearance of bias by his insulting and careless remarks, even while on the bench and presiding over hearings. By his coarse language in the courthouse, he has sullied the dignity and propriety of the judiciary.”