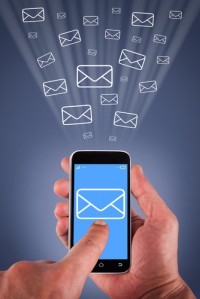 A New Jersey judge has refused to dismiss a defamation claim against a lawyer who admits he had been drinking when he sent an email that appeared to accuse a former client of extortion.

Powers said the client could sue even though he couldn’t assign a dollar value to the alleged reputational harm, according to a rider accompanying the judge’s Dec. 4 order.

Martin’s September 2012 email copied nearly three dozen bankruptcy lawyers and judges, according to the New Jersey Law Journal. The email alleged the former client had promised to pay outstanding legal fees to Porzio if Martin helped him become the winning bidder for a hospital after it filed for bankruptcy. Martin represented the hospital in the bankruptcy.

The former client was the losing bidder in the March 2012 auction for Christ Hospital.

“You later told me that since I didn’t ‘fix’ the Christ Hospital auction in your favor,” Martin allegedly wrote, “not only would you not pay me what you owe me, but you would sue for $4.5 million.”

Martin sent the email two days after Colgan sued Martin and the law firm for alleged legal malpractice in connection with its work for Colgan in a different bankruptcy case.