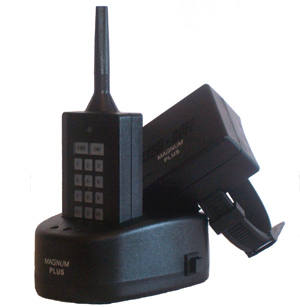 A Texas appeals court has overturned the conviction of an “obstreperous defendant” who was shocked while wearing a stun belt three times on a judge’s orders during a heated exchange.

The court said the judge ordered the shocking of Terry Lee Morris “not for legitimate security purposes, but solely as a show of the court’s power.” Stun belts deliver a 50,000-volt shock that can induce anxiety and temporarily affect cognitive abilities, according to the Feb. 28 opinion by the Texas Eighth Court of Appeals in El Paso.

The court said Morris’ Sixth Amendment right to be present at trial was violated because he was too afraid to return to the courtroom after being shocked. The Washington Post and Texas Lawyer have reports.

“While the trial court’s frustration with an obstreperous defendant is understandable, the judge’s disproportionate response is not,” Judge Yvonne Rodriguez wrote in the opinion for the court. “We do not believe that trial judges can use stun belts to enforce decorum.

“A stun belt is a device meant to ensure physical safety; it is not an operant conditioning collar meant to punish a defendant until he obeys a judge’s whim. This court cannot sit idly by and say nothing when a judge turns a court of law into a Skinner Box, electrocuting a defendant until he provides the judge with behavior he likes.”

Morris was sentenced to 60 years in prison after his conviction for soliciting the sexual performance of a child. The court reversed and remanded the case for a new trial.

The exchange between Judge George Gallagher of Fort Worth and Morris occurred on the first day of the trial in 2014. It began when Gallagher asked Morris for his plea. Morris objected to the shock collar on his ankle and said he has a lawsuit pending against his lawyer and the judge.

Gallagher excused the jury, and Morris continued to speak. Gallagher warned Morris about “any additional outbursts.” This exchange followed:

Morris: Sir, I’ve asked you to recuse yourself.

Morris: I have a lawsuit pending against you.

Gallagher: Are you going to behave?

Gallagher: Are you going to behave?

Morris: I have a history of mental illness.

Gallagher continues to ask Morris whether he would behave, and Morris continues to protest that he is taking medications for mental health problems and the court was “torturing” him. Gallagher orders a third shock.

Gallagher later said he had ordered Morris to be shocked because “his demeanor continued to escalate” and Morris could have easily grabbed a nearby video monitor weighing over 200 pounds, affecting the safety of lawyers at the counsel table.

Bill Ray, the lawyer who represented Morris at trial, told Texas Lawyer he didn’t object to the shocking orders because Morris was behaving like a “loaded cannon ready to go off.”

“That guy is out of control I was standing right next to him and I was scared of him. And I’ve stood next to some pretty nasty people,’’ Ray said. He also said the shock collar didn’t appear to be hooked up correctly and he didn’t think Morris was actually being shocked.