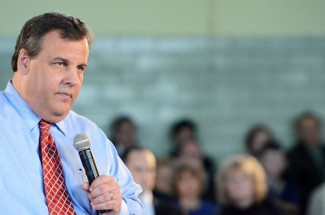 A federal judge in New Jersey has granted a subpoena request for interview notes taken by lawyers for Gibson, Dunn & Crutcher in an investigation that found no wrongdoing by Chris Christie in a lane closing scandal.

U.S. District Judge Susan Wigenton of Newark on Friday granted the subpoena request by lawyers for two former Christie allies who were charged for their alleged role in the lane closings. NJ.com and the Associated Press have stories. Gibson, Dunn & Crutcher has 45 days to file a motion to quash or to turn over the notes.

Prosecutors allege the lane closings on the George Washington Bridge were retaliation for a mayor who didn’t back Christie’s re-election. The two defendants are Bridget Anne Kelly, Christie’s former deputy chief of staff, and Bill Baroni, a former executive with the Port Authority of New York and New Jersey.

Lawyers for the defendants sought notes from more than 70 interviews by the law firm. A third defendant has entered a guilty plea.

Previous:
Potential hack of federal judiciary's information is treated as a disaster

Next:
Contesting a traffic ticket? Getting divorced? Some jurisdictions use software to resolve the issues