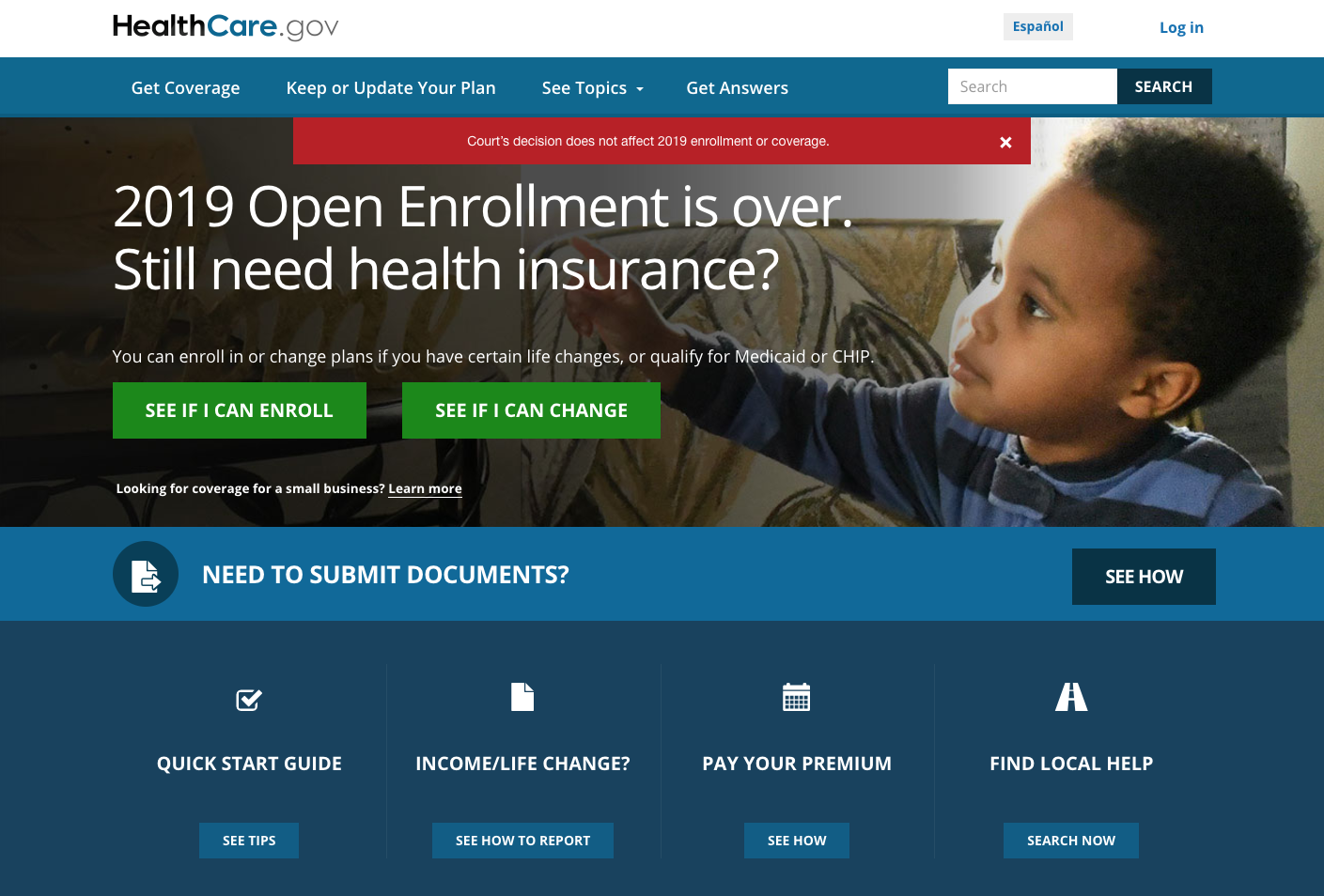 The Affordable Care Act’s individual mandate requiring Americans to maintain health insurance coverage is no longer constitutional after Congress’ effective elimination of the tax penalty for failure to comply, a federal judge has ruled.

Because the individual mandate is unconstitutional, the entire health care law is invalid, according to the decision on Friday by U.S. District Judge Reed O’Connor of Fort Worth, Texas. BuzzFeed News, the New York Times, the Washington Post and the Wall Street Journal have coverage. How Appealing links to additional stories.

The U.S. Supreme Court had upheld the law’s individual mandate in 2012 under Congress’ taxing power.

The law protects people with pre-existing conditions, allows children to have coverage through their parents’ policies until age 26, and guarantees “essential health benefits” that include mental health, maternity and drug coverage.

O’Connor did not issue an injunction preventing enforcement of the law. Democrats in Congress intend to intervene and appeal, according to House Minority Leader Nancy Pelosi, who is expected to become House speaker next month. Democratic states that intervened in the suit also vowed to appeal.

Congress had reduced the tax penalty to zero in tax changes last December. Elimination of the penalty doesn’t go into effect until 2019. Twenty states, led by Texas, filed the legal challenge to the law.

The U.S. Justice Department had argued the individual mandate is unconstitutional, along with provisions of the law banning insurers from denying coverage or charging more based on medical condition or history.

But the department had argued that several other provisions of the law were severable from the tax penalty and could stand, including provisions establishing health insurance exchanges, expanding Medicaid coverage and subsidizing premiums for lower-income people.

The White House issued a statement Friday saying the law remains in place during an expected appeal.