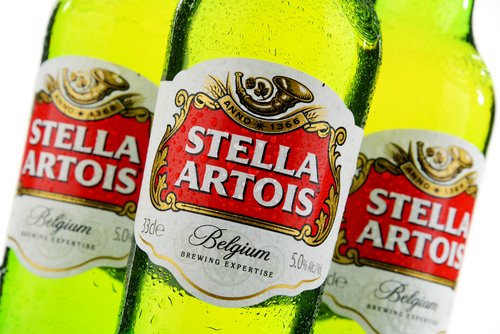 A federal judge in Nevada has sent a case over underfilled beer glasses back to state court because its amount-in-controversy calculation is “mostly foam.”

U.S. District Judge Jennifer A. Dorsey of the District of Nevada, an appointee of former President Barack Obama, filled her Feb. 12 opinion with at least eight beer references, Law & Crime reports in and a story noted by Fox News.

Dorsey rejected defendant and restaurant chain Red Robin’s calculation of the amount in controversy under the Class Action Fairness Act, which sets the amount at $5 million for federal jurisdiction. She ruled in a proposed nationwide class action claiming that Red Robin claims to serve a pint of Stella Artois beer in chalice-type glasses that are 2 ounces short.

Red Robin had said it sold $16 million worth of Stella Artois beer at its corporate locations since 2016, and franchisee data would push the amount higher. But the restaurant’s figure includes sales of Stella Artois beers of different sizes, and only 2 ounces of the 16-ounce beer is at issue, Dorsey said.

Plaintiff Christopher Bruun’s motion to send back the case to state court “takes the fizz out of those numbers,” Dorsey wrote. When Red Robin “distills” the $16 million number down further, it acknowledges corporate sales of 16-ounce Stella Artois beer amounted to $7.1 million, she said. The 2-ounce shortage yields a figure of $887,500.

When considering franchisee sales, “temperance must be exercised,” Dorsey wrote. In addition, Red Robin tries to “tap into” earlier sales based on an argument that is unsupported by evidence, she said.

The restaurant also argued that attorney fees should be included in the calculation in a “strange brew” argument that doesn’t get it to the “fill line,” Dorsey wrote. The restaurant doesn’t address the “stout disparity” in differences between attorney fees for defendants—which is uses in its argument—and plaintiffs, she wrote.