Jurors award more than $1B in hip implant case 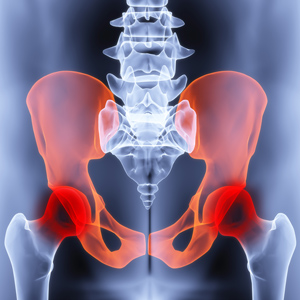 The awarded included more than $1 billion in punitive damages, report the National Law Journal (sub. req.), Reuters and Bloomberg. Jurors found that Johnson & Johnson and its DePuy Orthopaedic division misled doctors and patients about the safety of its Pinnacle hip implant, and the device can deteriorate bone and tissue.

The verdict is the third largest jury award this year, Bloomberg reports. Among product liability verdicts, six of the seven largest awards this year have been against J&J units, including three verdicts in suits claiming talcum produces cause ovarian cancer.

More than 8,500 plaintiffs have sued Johnson & Johnson in the Pinnacle implant cases. The multidistrict litigation has been consolidated in federal court in Dallas.

The trial was the third test case in the consolidated suits. Jurors ruled for Johnson & Johnson and DePuy in the first test case, but awarded $500 million this March to five plaintiffs in the second test case. U.S. District Judge Edward Kinkeade reduced that verdict to $151 million because of a Texas state law that limits punitive awards.

The $1 billion award is not subject to a state punitive damages cap because it was tried under California law, a member of the plaintiffs’ executive committee told the National Law Journal. Plaintiffs’ lawyer Mark Lanier told Reuters that Johnson & Johnson rejected a $1.8 million settlement offer from the plaintiffs before trial.

Lanier also mentioned settlement in an interview with Bloomberg. “The jury is telling J&J that they better settle these cases soon,” Lanier said. “All they are doing by trying more of these cases is driving up their costs and driving the company’s reputation into the mud.”

Johnson & Johnson maintains DePuy acted appropriately in testing the hip implant, and it has a strong track record of reducing pain and restoring mobility for patients.

Johnson & Johnson agreed to pay $2.5 billion in 2013 to settle litigation over its ASR hip devices that were recalled in 2010.