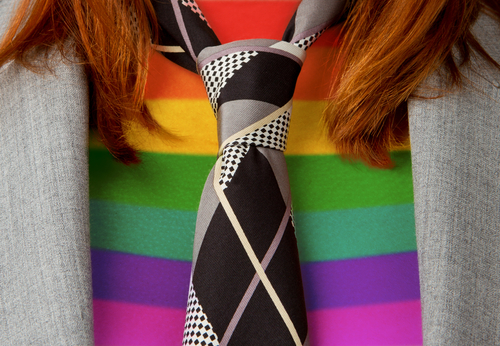 Updated: The U.S. Justice Department has told a federal appeals court that Title VII of the Civil Rights Act does not protect workers from employment bias based on sexual orientation.

The department explained its position in an amicus brief (PDF) filed with the en banc 2nd U.S. Circuit Court of Appeals, based in New York, report the Washington Post and the National Law Journal (sub. req.). The position is at odds with that of the U.S. Equal Employment Opportunity Commission and the Obama administration’s Justice Department.

The Justice Department brief says the law does not define “sex,” but its common ordinary usage is that it means biologically male or female. That meaning suggests the phrase only protects people who are disfavored because of their sex, the brief argues.

The brief also says Congress could include sexual orientation protections in the law if it wants to do so.

The 2nd Circuit case was filed on behalf of Donald Zarda, a skydiving instructor who was fired after a customer complained about him being gay. Zarda later died in a skydiving accident, but his estate’s executors are continuing the litigation.

The brief was filed the same day President Donald Trump announced on Twitter that “the United States government will not accept or allow … Transgender individuals to serve in any capacity in the U.S. Military.”

The American Bar Association is disappointed with the Justice Department’s position in the case, ABA President Linda Klein said in a statement. “For decades, the ABA has vigorously opposed such discrimination and, more recently, has urged the enactment of legislation to strengthen protections for LGBT workers to further the ABA’s belief that all Americans—regardless of sexual orientation—should be protected from discrimination in the workplace.”

Updated July 30 to include Klein’s statement.