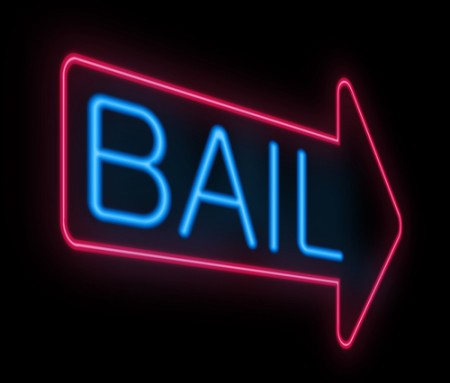 A justice of the peace in Killeen, Texas, says she set a $4 billion bond for a murder suspect to protest high bonds in the criminal justice system that keep suspects in jail until trial.

Bell County Justice of the Peace Claudia Brown told the Temple Daily News that she set the high bond for Antonio Marquis Willis even though she knew it was unconstitutional. The Associated Press, Fox News,FME News Service and KCEN also have stories on the bond amount, made public last Thursday.

“I set it as high as I could to illustrate the fact that it’s ridiculous how we are railroading people without them even having their constitutional rights to a fair trial to determine if they are guilty or innocent,” Brown told the Temple Daily News. “People are going into prison like it’s adult day care,” she told the FME News Service.

A state district judge lowered Willis’ bond to $151,000 on Friday, according to AP, Fox News and the FME News Service. Willis’ lawyer says his client has told him he’s innocent.

Brown told the Associated Press that she had originally set bond at $100,000 for Willis, but she changed the amount when law enforcement officials argued for a $1 million bond. “I changed the 1 to a 4 and added a whole bunch of zeroes,” she said. “At some point in time, I had to alert the system that I am a new judge and I’m committed to changing the system.”

The Associated Press spoke with Thea Whalen, executive director of the Texas Justice Court Training Center, about the case. “We would not ever advocate in our sessions to use due process rights as an opportunity to make a statement,” Whalen said. “But that’s a personal decision that each judge could make.”

ABA Journal: “Court systems rethink the use of financial bail, which some say penalizes the poor”