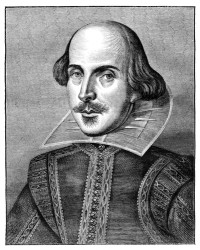 Justice Antonin Scalia is the most literary justice currently on the court, according to a study put together in response to a publication’s call for top 10 rankings involving the U.S. Supreme Court.

Scalia received the No. 1 ranking based on a search of the current justices’ opinions for references of 91 of the greatest literary fiction authors and their work, the National Law Journal reports in its Supreme Court Brief. References to authors of popular fiction weren’t included, nor were biblical references.

The literary authors most often cited by the current justices were William Shakespeare and Lewis Carroll, who each got 16 references.

University of California at Hastings law professor Scott Dodson and his wife, Ami, a senior communications writer at the school, collaborated on the study after Green Bag sought essays on top 10 studies of the U.S. Supreme Court.

The Dodsons point out that Scalia has been on the court the longest among the current justices, and has written the most opinions, giving him more opportunity to showcase his literacy. He also holds the No. 1 spot, however, when the study ranked the justices by citations per opinion authored.

The Dodsons’ Green Bag article is here (PDF); it contains 16 literary references, the authors reveal in a footnote.