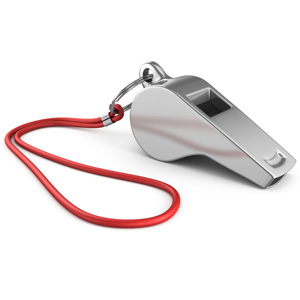 Kasowitz, Benson, Torres & Friedman could recover as much as $27 billion if it succeeds in a whistleblower complaint filed on its own behalf.

The law firm faces some significant hurdles in the $90 billion qui tam suit, which was unsealed in August, the Am Law Litigation Daily (sub. req.) reports. “There’s a good chance the firm will walk away with nothing,” the article concludes. The blog Law Newz by Dan Abrams also has a story.

Kasowitz’s suit says the law firm discovered during its representation of coal miners that four major chemical companies are failing to disclose health risks of the chemical isocyanate. The miners reached a confidential settlement in the prior case in 2010. The federal government in August declined to intervene in Kasowitz’s qui tam suit, filed in the Northern District of California.

The Kasowitz complaint says the evidence of dangers related to isocyanate is contained in industry trade group reports and meeting minutes that weren’t covered by protective orders. The suit says touching or inhaling even a tiny amount of the chemical can cause permanent lung injury, yet the problems were not revealed to the U.S. Environmental Protection Agency.

Plaintiffs who proceed in whistleblower suits without the federal government’s help settle or win the cases only about 6 percent of the time, the Am Law Daily reports, referring to information from the U.S. Chamber Institute for Legal Reform.

The Am Law Daily also points out that the suit is not a typical case under the False Claims Act. Typically such cases allege overbilling by a government contractor. The Kasowitz case, on the other hand, claims the four companies failed to pay a civil penalty that was never assessed for failure to report the health risks. The companies will likely argue they can’t owe a fine that was never imposed.

Previous:
How lawyers can bring mindfulness into their practice (podcast with transcript)

Next:
Sentencing reform bill stalls in Senate in 'stunning display of dysfunction'